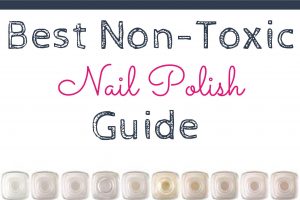 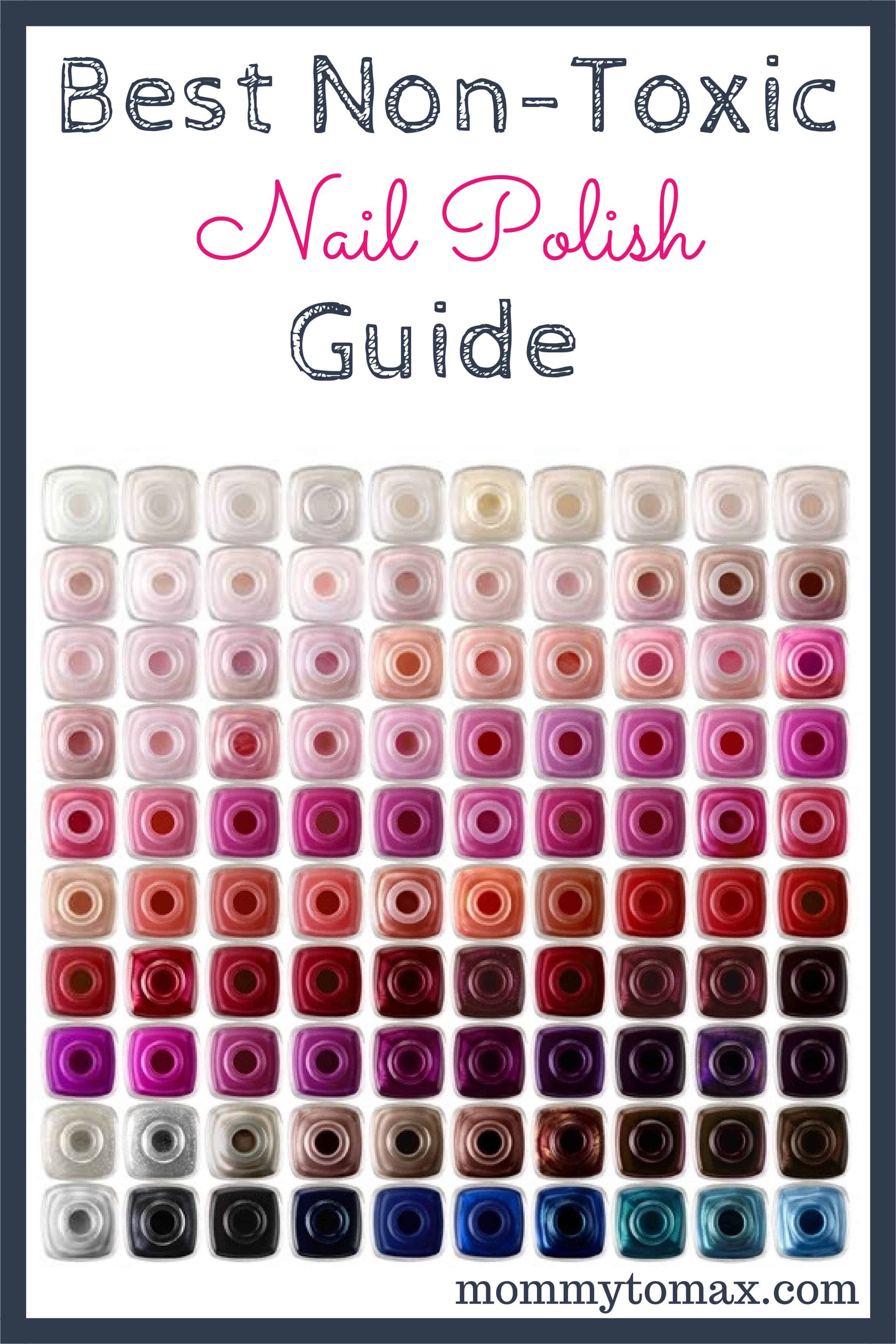 I start researching non-toxic products when they become relevant in my life. Truthfully, before I had children, I never once thought – oh, this nail polish smells terrible, maybe it’s off-gassing VOCs and has other toxic chemicals that I shouldn’t inhale or have near my body. I just, you know, thought that’s how nail polishes are supposed to smell and it’s the price I had to pay for wanting painted nails.

How things change after we have kids…

Anyway, I am very minimalist when it comes to makeup and the last time I got a manicure was before either of my kids were born. So let’s just say I was more than a little surprised when Max came home from school telling me he wanted to wear nail polish. But here we are and, after extensive research, it’s time for me to share what I’ve learned about non-toxic nail polish.

Serious health issues related to exposure to nail polish have come into sharp focus recently. Multiple studies have found that nail salon workers may be more susceptible to respiratory ailments, reproductive health issues, and cancer. And, even if you are not a manicurist, working with nail polish fumes on a daily basis, there is still cause for concern because another study has found that nail polish chemicals can leach into the body.

In this post, I have compiled a list of some of the safest and most non-toxic nail polish brands that I could find. In the writing of this post, I consulted with Debra Lynn Dadd, who I consider to be one of the leading non-toxic bloggers in the community and an actual authority on the matter. While she found my analysis of the nail polishes and its ingredients to be sound, she felt that extra emphasis must be placed on the fact that no nail polish is truly non-toxic.

We are actually in complete agreement on this issue. But we do not live in a bubble and it is impossible to live a completely non-toxic life unless you do, in fact, live in one.

I am a mommy blogger so, of course, this guide was created with children in mind. However, it is certainly worth highlighting that children are far more vulnerable to toxics than adults. Handle your children’s exposure to even “non-toxic nail polish” as you would to other toxics, i.e., avoid altogether or with careful consideration.

Nowadays, you will hear about a nail polish being marketed as 5-Free, 7-Free, 9-Free, etc. What that means is that it does not contain many of the ingredients that I will list below.

Editor’s Note: The Environmental Working Group (EWG) is my favorite resource to use when researching cosmetic ingredients. I have included the score for nail polish ingredients from EWG with a score of 10 considered to be the most toxic. I have also attempted to list the ingredients in an order such that if a nail polish says 3-Free, for instance, it does not contain the first three listed chemicals (a.k.a. toxic trio).

1. Formaldehyde [EWG Score=10] – a known human carcinogen. Its vapors can be irritating and trigger asthma.

2. Toluene [EWG Score=10] – a volatile petrochemical solvent and paint thinner. Toluene is a potent neurotoxicant that acts as an irritant, impairs breathing, and causes nausea. A woman’s exposure to toluene vapors during pregnancy may cause developmental damage in the fetus. In human epidemiological studies and in animal studies, toluene has been also associated with toxicity to the immune system and a possible link to blood cancer such as malignant lymphoma.

3. Dibutyl Phthalate (DBP) [EWG Score=10] – a reproductive and developmental toxicant. The European Union banned the use of this ingredient in cosmetics and personal care products. In animal studies, exposure to DBP during gestation causes infertility, cryptorchidism and problems in sperm development, adverse effects similar to human testicular dysgenesis syndrome. Prenatal exposure to DBP has been associated with anatomical changes in the reproductive system development in baby boys. In adult men, DBP has been correlated with changes in serum hormone levels, lower sperm concentration and motility, and decreased fertility.

4. Formaldehyde resin [EWG Score=4] – a derivative of formaldehyde. Although it is not nearly as toxic as formaldehyde it can be an allergen.

5. Camphor[EWG Score=2] – a poison that can cause seizures and disorientation if used in large doses. This chemical acts as a cover on your nails, depriving them of nutrients and causing yellow staining on your nails. (Yes, I know it has a low EWG score but it is considered one of the ingredients to avoid in nail polish.)

6. Ethyl Tosylamide[EWG Score=3] – a sulfur-based antibiotic. It has been banned in Europe or use in cosmetics since it can cause mild to severe allergic reactions. It is also known to be an endocrine disrupter.

8. Triphenyl Phosphate (TPHP) [EWG Score=5] – a chemical used in plastics to improve flexibility and as a flame retardant. A handful of animal studies and in vitro studies have suggested that it could be an endocrine disrupter which could potentially affect reproductive health and lipid metabolism.

9. Parabens [EWG Score=1-8]– a preservative. Parabens mimic estrogen and can act as potential hormone (endocrine) system disruptors, an effect that is linked to increased risk of breast cancer and reproductive toxicity.

10. Acetone [EWG Score=3] – a neurotoxin that can get stored in the fatty tissue in human body.

END_OF_DOCUMENT_TOKEN_TO_BE_REPLACED

The Ultimate Guide to the Best Non-Toxic Toys