It all started innocuously enough.

I was on my laptop while Max played nearby. We are moving soon and I was considering a position for a law firm that would be closer to home. After a quick Google search, I found the firm’s website. I clicked on the link and was immediately greeted by a row of middle-aged white male attorneys, dressed in suits, with big smiles, one of them cradling a distinction award of some kind.

Let’s just say, there was zero diversity at this firm.

I couldn’t help but mutter, “Well, that’s a lot of white men.”

Max, being three years old and inquisitive about literally every damn thing, perked up and asked, “What white men?”

On the other hand, I realized, this was the perfect teachable moment!

I think we can all agree that we live in tumultuous times, whichever side of the political spectrum you may fall. And race can’t help but be in the forefront of my thoughts these days, with all the talks about the Muslim ban and Mexico border wall.

You see, I am Asian-American. And in America, that means I have always been a minority.

I sometimes forget about race, living in NYC, one of the most diverse areas of the county. There are even places where I look around and practically everyone is Asian or Asian-American. But travel outside the metropolitan area and I become far more race-conscious, by necessity.

As a minority, I have to be even more acutely aware of the importance of raising tolerant children that embrace diversity and multiculturalism.

So back to Max. I had him sit on my lap while I Googled some images for race + diversity when I came across a picture collage featuring people of all different races, genders, ages, and orientation.

The entire time, I was secretly patting myself on the back for using this as an opportunity to introduce him to the concept of race.

I pointed to the following picture:

And I asked, “Which of these people do you think looks most like you?”

Of course, I fully expected him to point to the picture on the bottom left. You know, the only East Asian male, with glasses, who sort of looks like his dad, but not really. After which, I planned to explain that each person depicted has a different race and nationality and we would have a toddler-led discussion on diversity.

Instead, he pointed to the man on the top left.

The art of being a parent includes sounding neutral even when you have no idea what the f*ck is going on.

Whoosh. The air left my body.

In that moment, it hit me. Max has no concept of race. In his three year old eyes – eyes far wiser than mine – people are not similar or different based on skin color or ethnicity. That’s not what’s important. At least not to him.

What was supposed to be a teachable moment for him was, in fact, a lesson for me. A reminder that we are all born human and don’t discern race until we are taught to do so.

I’ll save my race lessons for another day. In the meantime, I get to treasure the untainted vision of a three-year old for just a while longer. 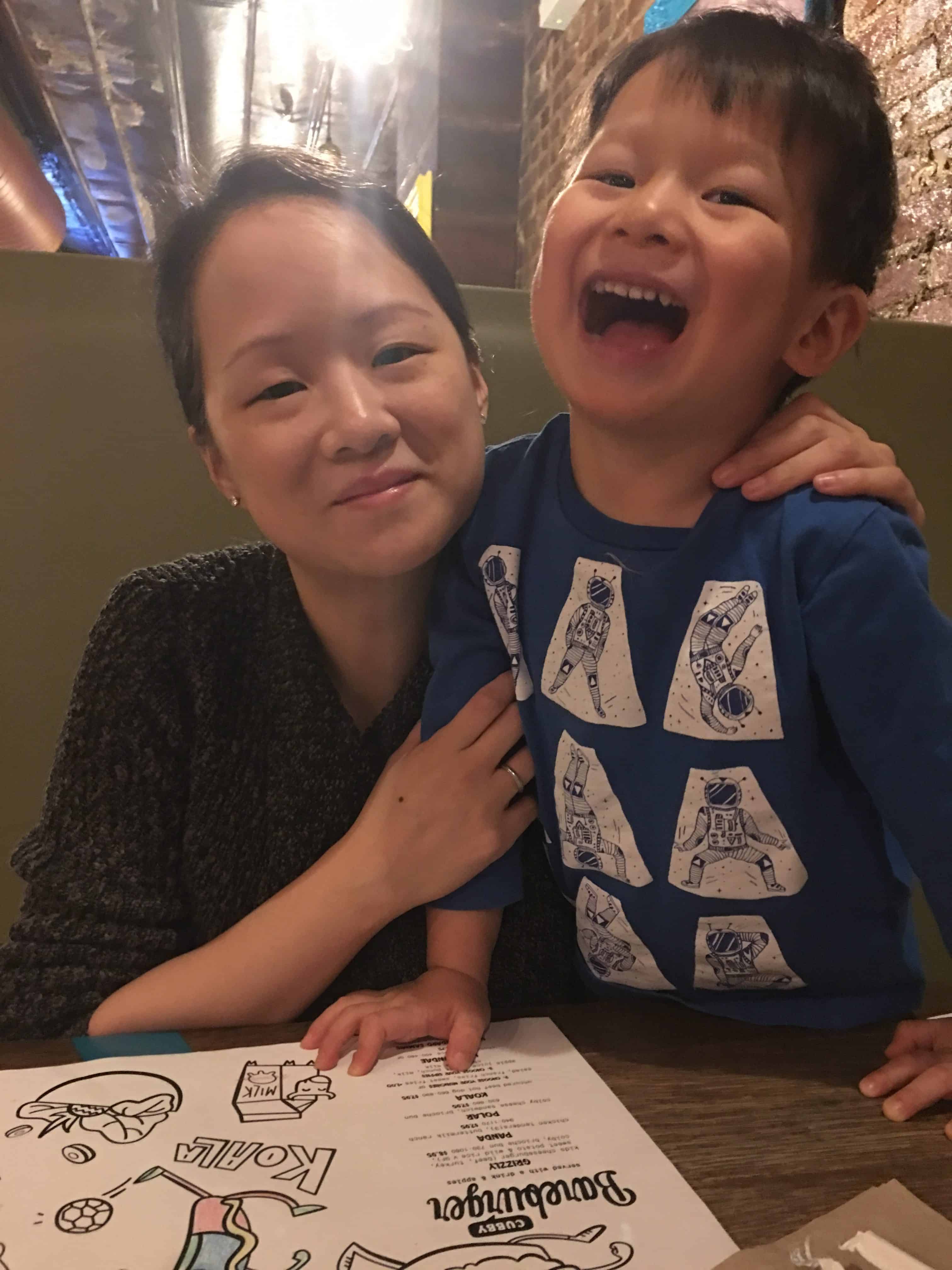 The Start of Our Home Renovation Project
getting over a wall

Lessons from Daniel the Tiger

My Son, the Flirt