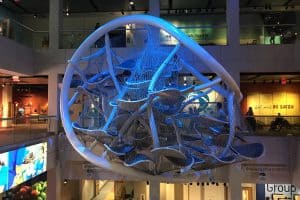 I was invited to attend and blog about the Liberty Science Center by Momtrends. Nonetheless, my experience is 100% my honest opinion. You can read about my disclosure policy here.

I’m definitely a geek at heart. I have as much fun, if not more, than the kids whenever we go to children’s and science museums. I can tell you that this past weekend, at the Liberty Science Center in Jersey City, NJ, was my best time yet, kids be damned!

My family and I were invited by Momtrends to check out the currently featured exhibitions, watch a film at the planetarium (the largest in the Western hemisphere!) and write about my experience. Let’s just say, it was an offer my geeky heart could not refuse.

So from the top, we left early in the morning and the drive from where we live in Eastern Nassau took about an hour. Not too bad.

Once in, we were ushered to the Dino Dig exhibition, which is where all the fun began. The exhibit opens into a canopied sand pit where there are more than 60 dinosaur fossils buried in 35 tons of sand! Max and Alexa were able to channel their inner paleontologist by using brushes to dust the sand off and reveal the hidden fossils. 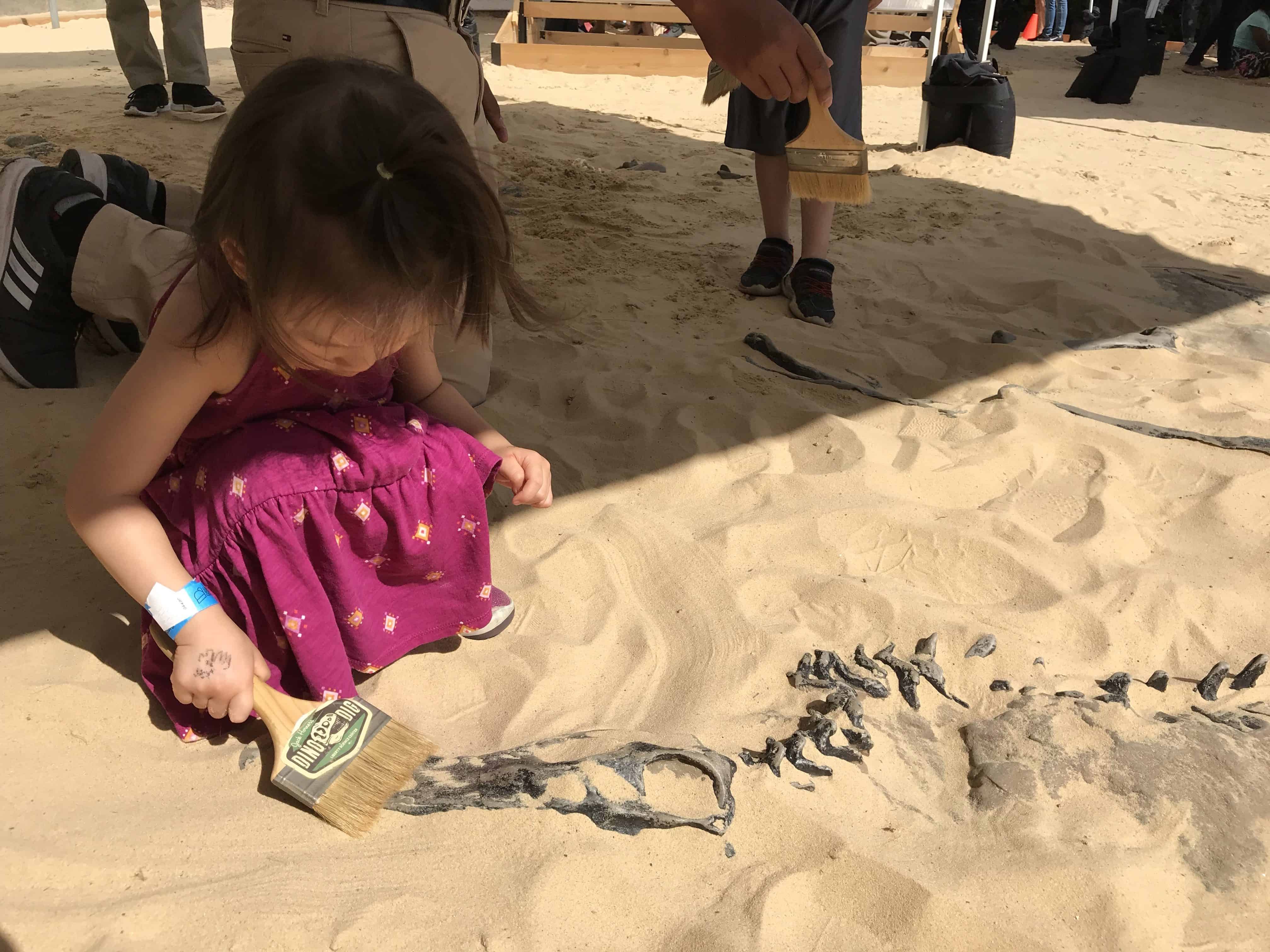 Besides being fun because my kids love playing with sand in general, it was also very educational. There were “paleontologists” throughout the pit that were constantly sharing  interesting dinosaur and paleontology facts with all the children. 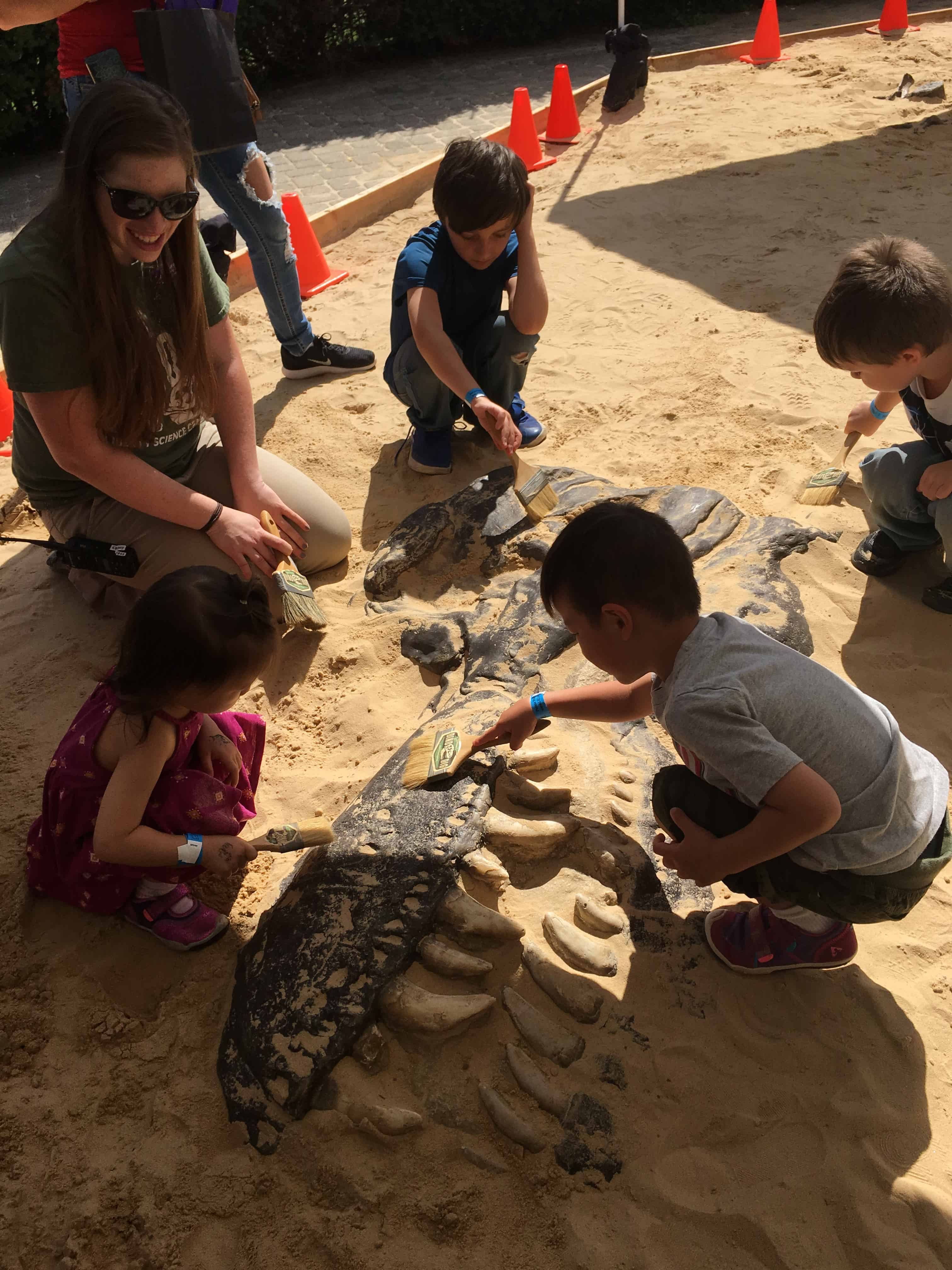 Our next stop was to the Grossology exhibit which is considered a premium exhibit. (You have to pay an additional fee on top of the regular admission.)  We were able to learn about the grossest parts of the human body – you know, boogers, burps, mucus, vomit – all right up a four year old boy’s alley.

This exhibit took up an entire wing of the museum and was jam packed with different activities (wall climbing, pinball machines, ping pong ball shooting machines, and a gigantic “operation” game table, among many other things.)

END_OF_DOCUMENT_TOKEN_TO_BE_REPLACED 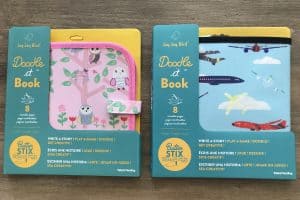 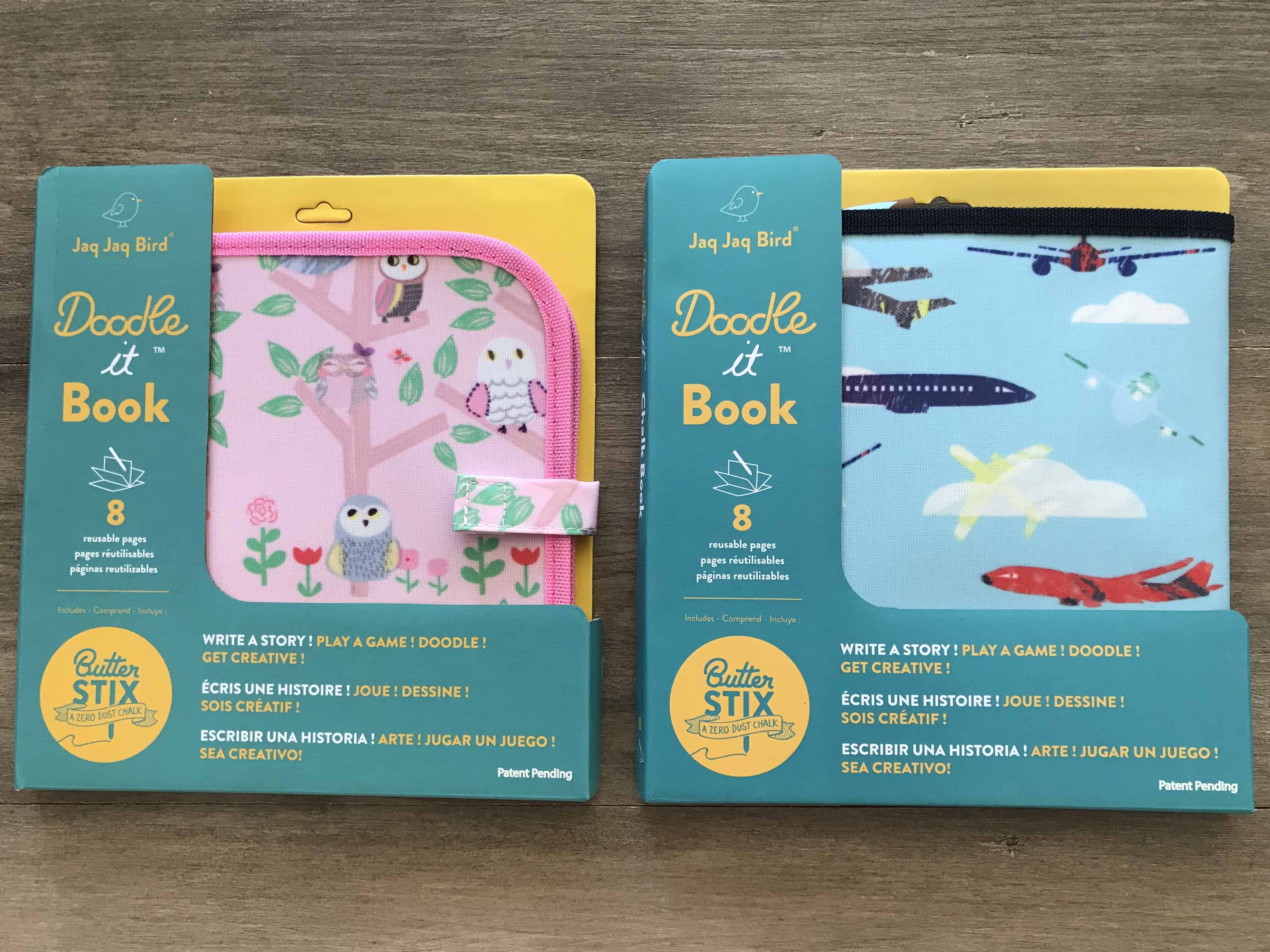 On the weekends, we frequently dine out with the kids. Recently, Max started asking us if we are going to a “grownup restaurant.” (Which basically means, a restaurant that doesn’t provide free crayons.) If so, he asks if we can bring crayons and a coloring book for him to draw in.

And, because I’m terrible at being prepared, when the time comes, I always forget to bring them.

This has happened enough times that when I saw Jaq Jaq Bird’s Doodle it Chalk Book, I realized that this was the PERFECT solution to my problems. Thank you to Jaq Jaq Bird for sending us two for review! 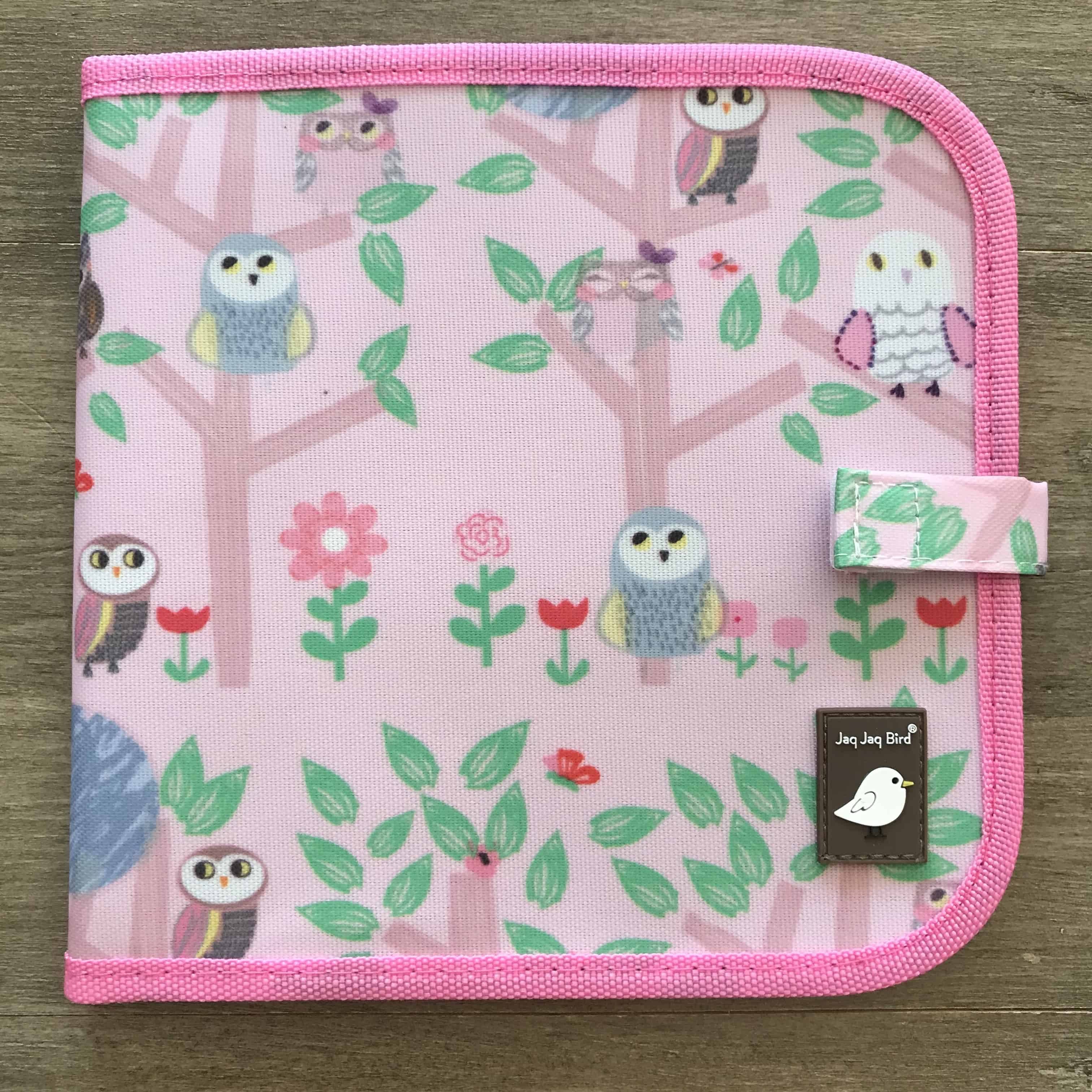 Basically, the Doodle it is a portable chalk book with eight 8 in x 8 in “chalkboard” pages. There’s several cute design covers to choose from with a velcro strap to keep the book secure when not in use. There’s also a little pocket attached to the last page to store their included 4-piece ButterStix. (Butterstix is their own formulation for dust-free, creamy chalk writing.)

END_OF_DOCUMENT_TOKEN_TO_BE_REPLACED 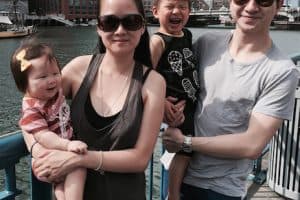 We just came back from our first family vacation with Max and Alexa. I think a little photo essay helps to capture our trip. It was exhausting but we all had a blast! 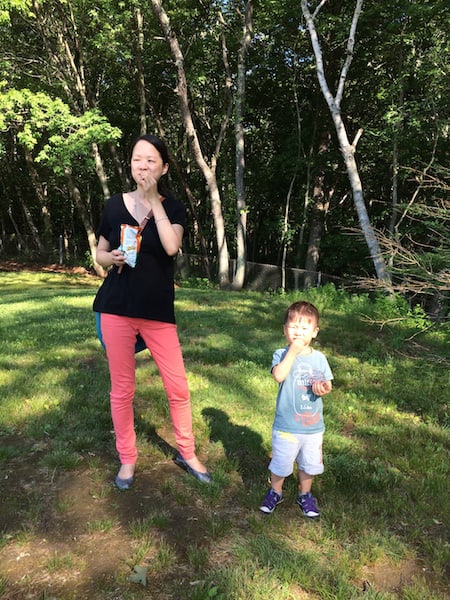 First pit stop on the way. Me: Spicy Cheetos. Max: Bag of nuts. 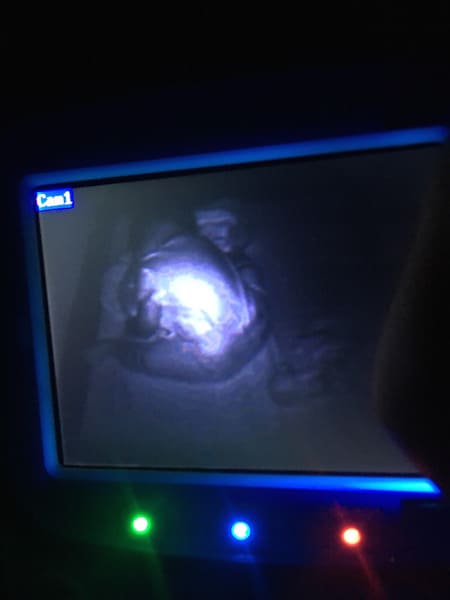 Poor Lexa was so tired she passed out while sitting up. 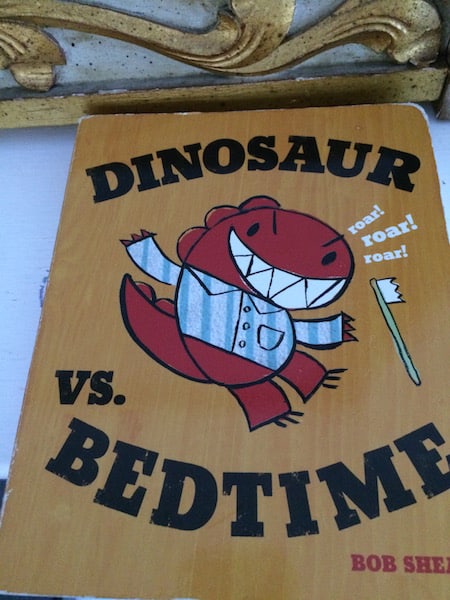 We found this awesome bedtime book to read to Max. 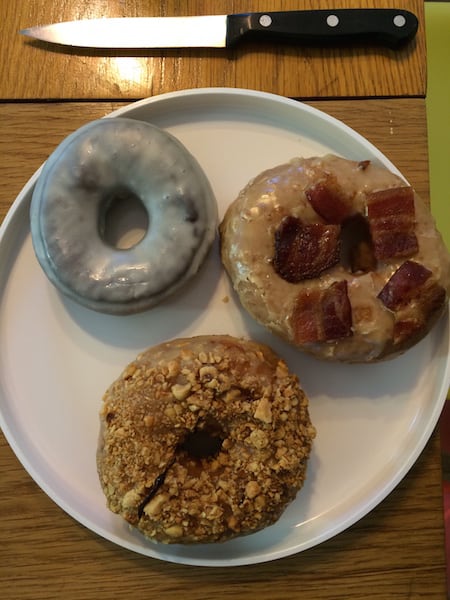 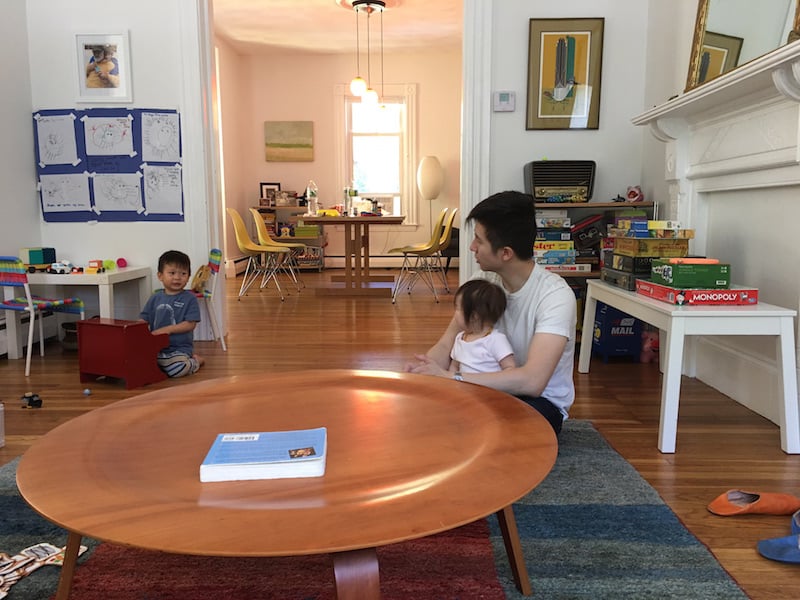 We rented a home through Airbnb. It was awesome because this family also had two children – an older son and younger daughter – so there were tons of toys for Max and Lexa to play with. 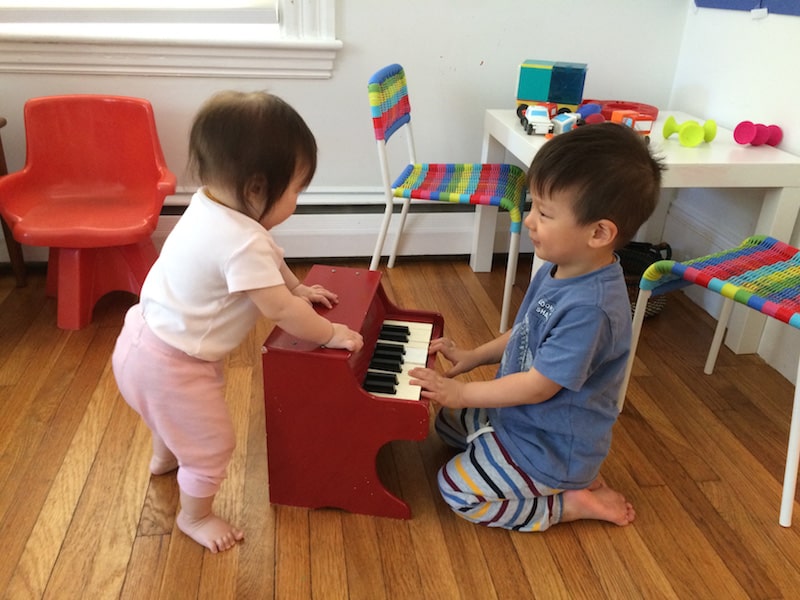 Max loved “playing” the piano while Lexa bopped up and down.

END_OF_DOCUMENT_TOKEN_TO_BE_REPLACED

Photo Friday: One Big, One Small 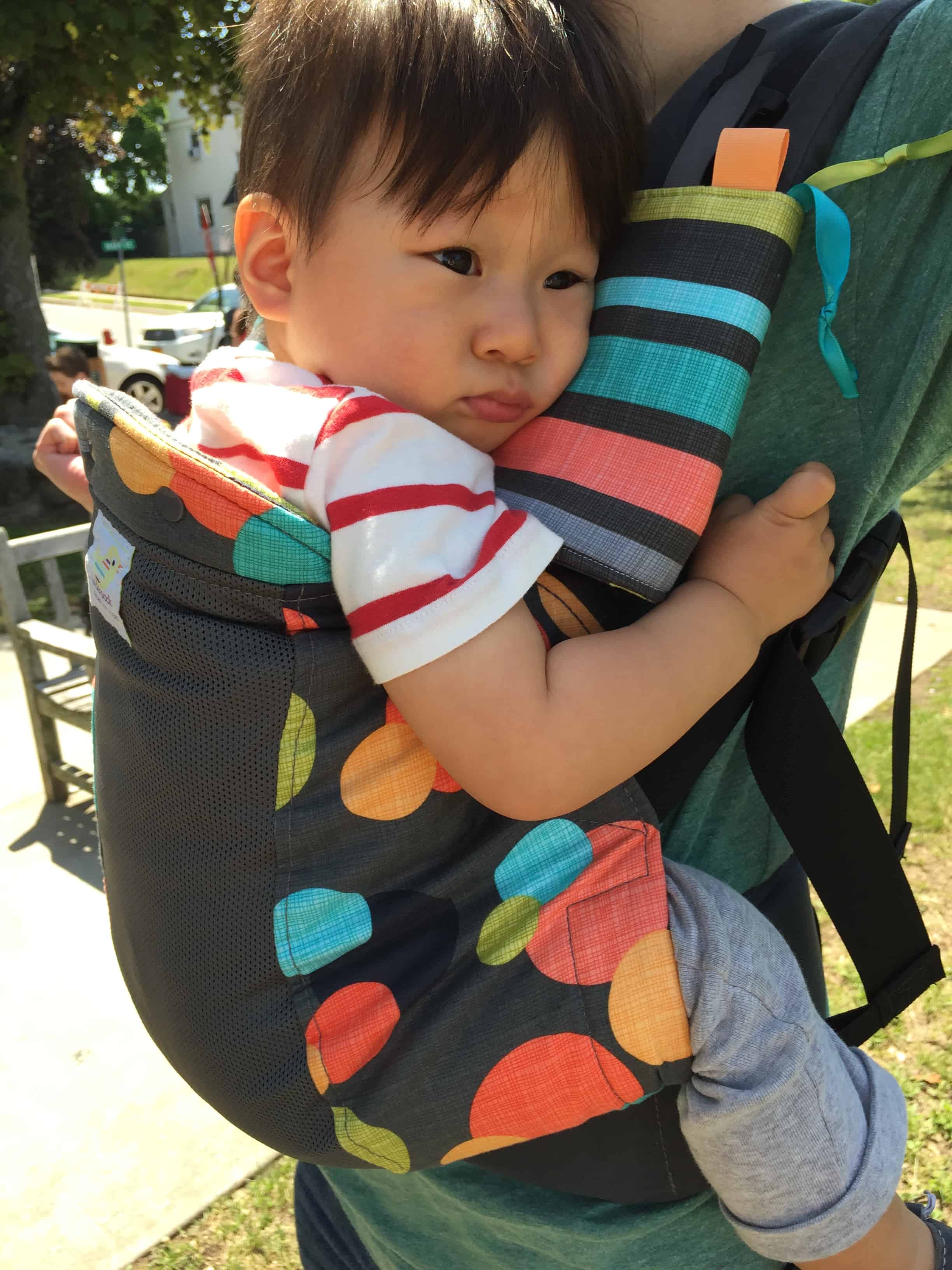 Ok, first, let me rewind a little bit to when Max was just a wee baby (HA!). During the newborn to four-month period, my husband and I swore by our Beco Gemini Baby Carrier.

Max hated his swing, never went down in the crib, and unless I was lying next to and/or nursing him, the boy would not nap. The Beco was our GODSEND. I still remember the countless hours that we strapped Max on while bouncing on a yoga ball while playing loud white noise in the background while attempting to eat our lunch/dinner or watch Netflix.

Trust me, if your baby is being exceptionally fussy or refuses to sleep, you will do whatever it takes and this was what worked.

Not to mention that the Beco pretty much saved our lives on our 14-hour international flight.

So, yes, I have always been a HUGE fan of babywearing. Sadly, Max outgrew the Beco a little after he turned a year old and I stopped thinking about babywearing in general.

With the upcoming arrival of Bean, I had to re-evaluate our transportation options. I initially wanted to purchase a double stroller but we had previously invested in an excellent (and expensive) stroller. Plus, I don’t really like maneuvering the single stroller to begin with – let alone a double stroller.

That’s when I started looking into soft structured carriers for toddlers and came across the Kinderpack. The company, Kindercarry, is a small family-owned business started by a stay-at-home mom, based in the US. Each carrier is beautifully handmade by her team of tailors. The carriers range in price from $179-$194 (+$12 shipping) and, depending on the style, come with Koolnit, which is a mesh back panel that promotes air flow. Kinderpacks are also unique in that the back panel is comprised of three panels, creating an exceptionally deep seat for the baby/toddler. This is ideal for the child’s comfort and promotes an M-position carry (where the knees are higher than the bottom) which is the optimal position for a child’s developing hips.

END_OF_DOCUMENT_TOKEN_TO_BE_REPLACED 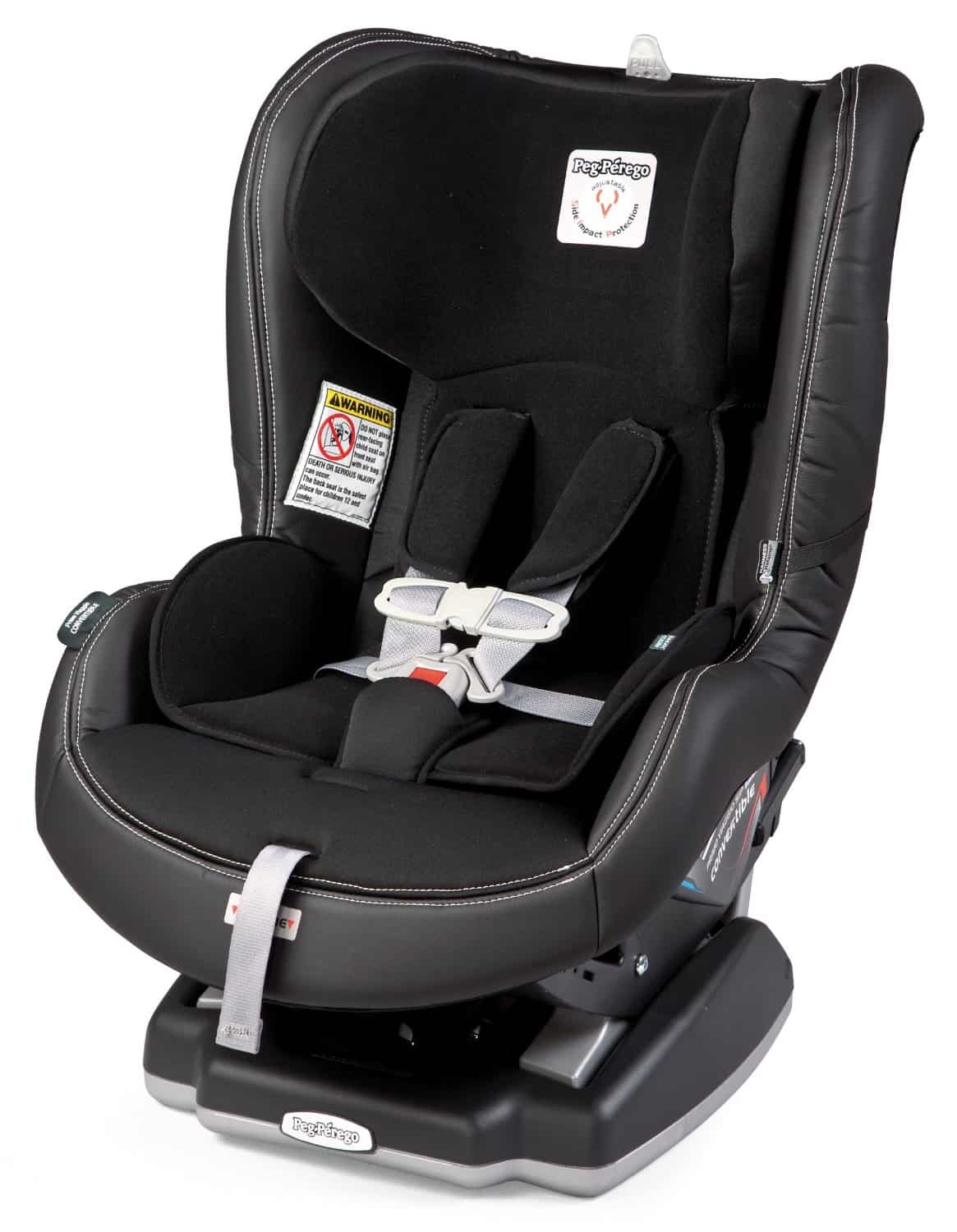 It took me a long time to write this post because I think child car seat safety is so important. This review contains a lot of important car seat safety information (for those of you who may not already know). So if you have zero interest in reading the story/review and want to get straight to car seat safety for your baby, just expand the post and then click here! 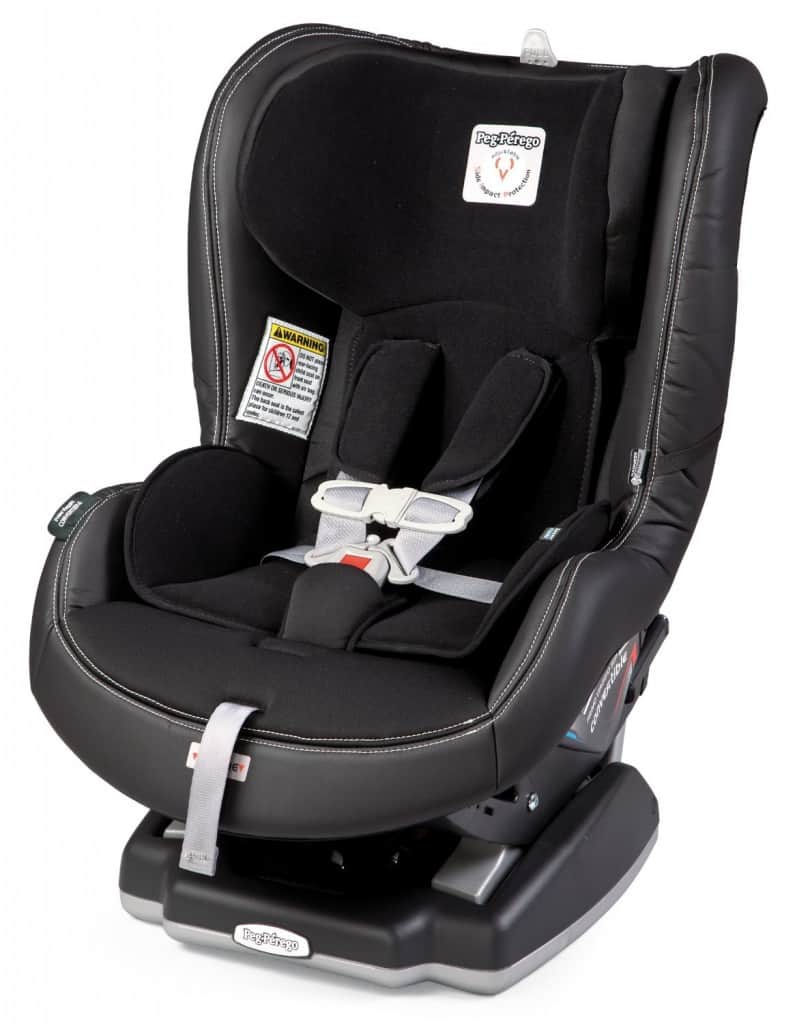 When I was still pregnant and researching car seats, I was overwhelmed by the plethora of choices available. (What else is new when it comes to baby gear?) One of the big questions for me was: Do I buy an infant car seat or a convertible car seat? In the end, I opted for a Graco SnugRide Classic Connect 30 Car Seat. It’s supposed to fit babies up to 30″ and 30 lbs. I figured that I would have at least a year before I had to buy another car seat. 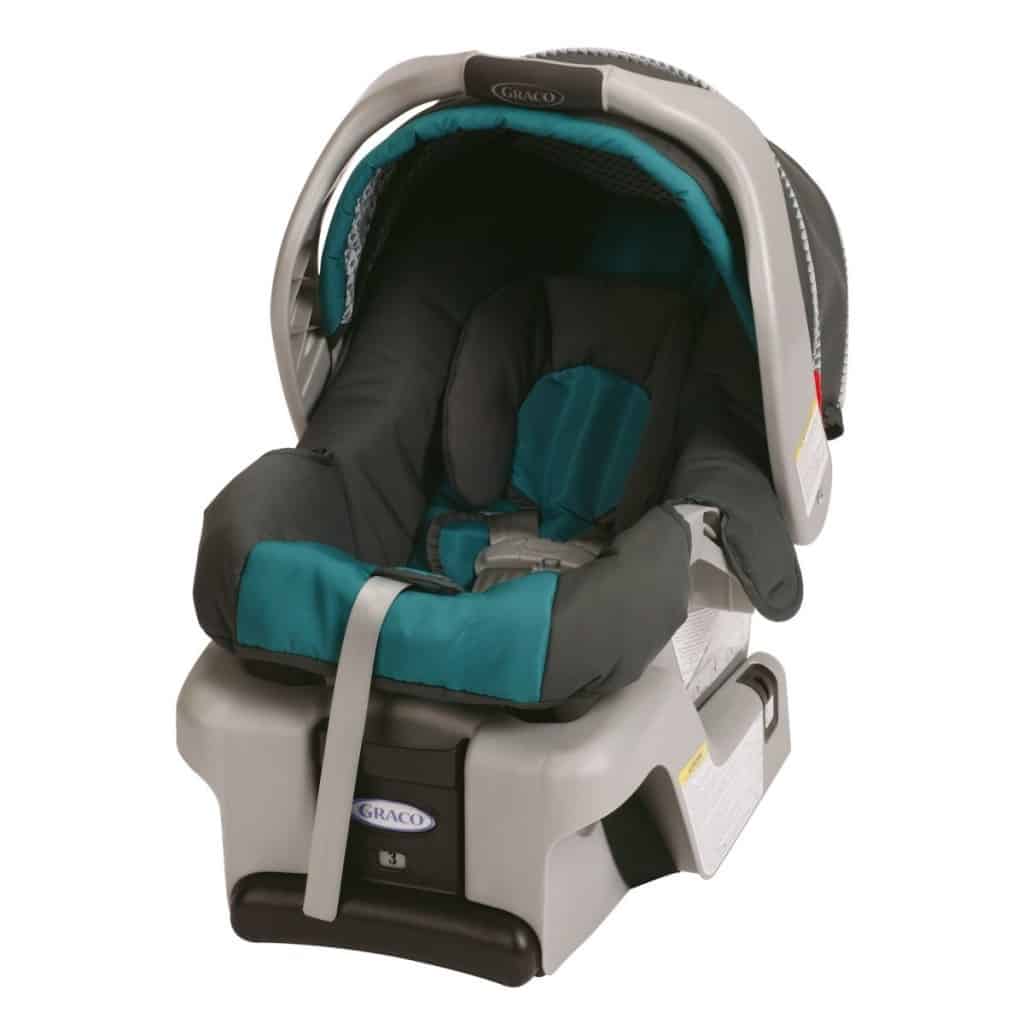 So how did it turn out?