Took the kids hiking at Bear Mountain Park yesterday and it turned out to be quite the adventure (both good and bad)! 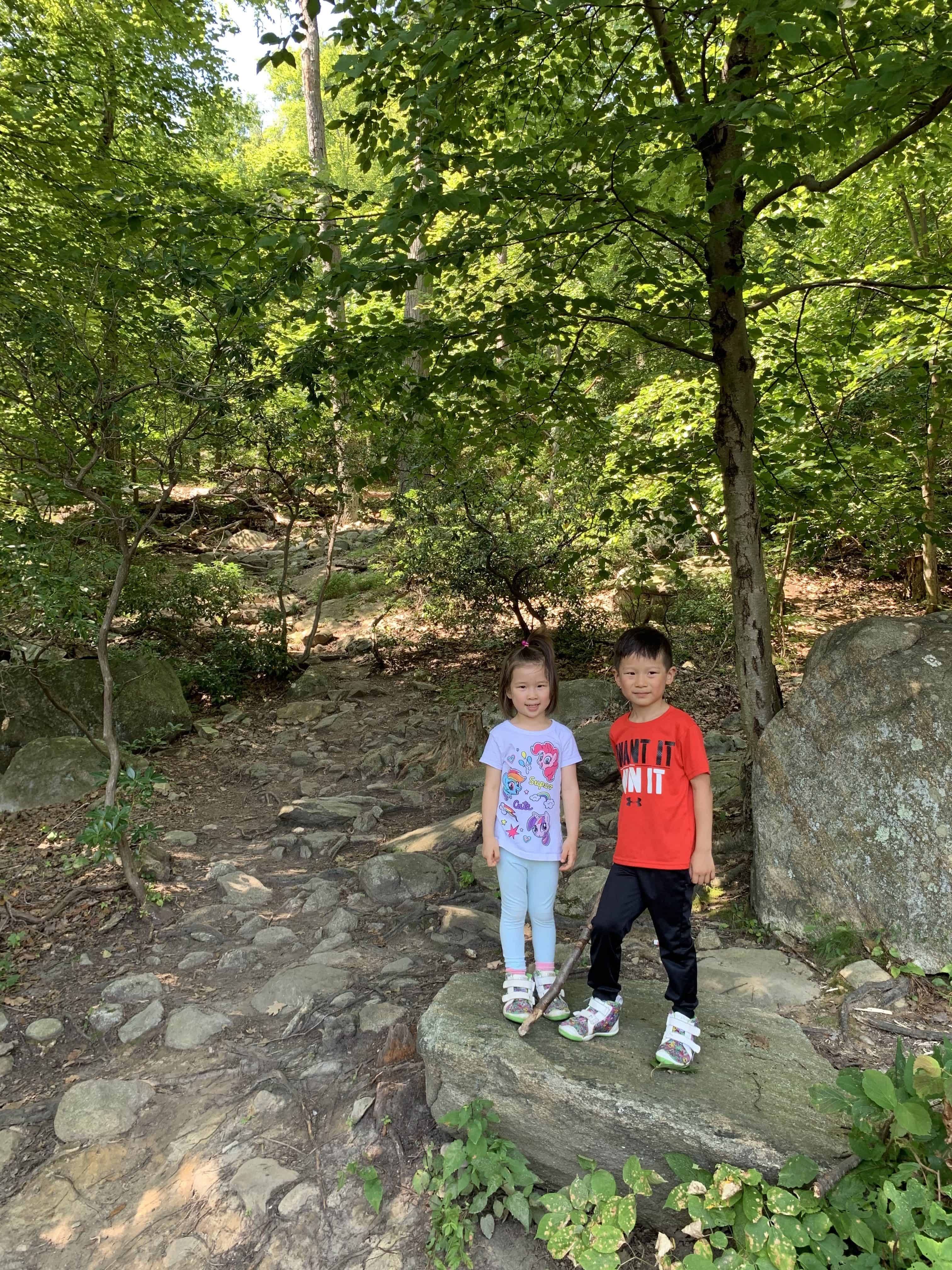 The start of a great adventure.

We started on the Major Welch trail going up (.4 mile trail and 1.5 mile rock scramble). 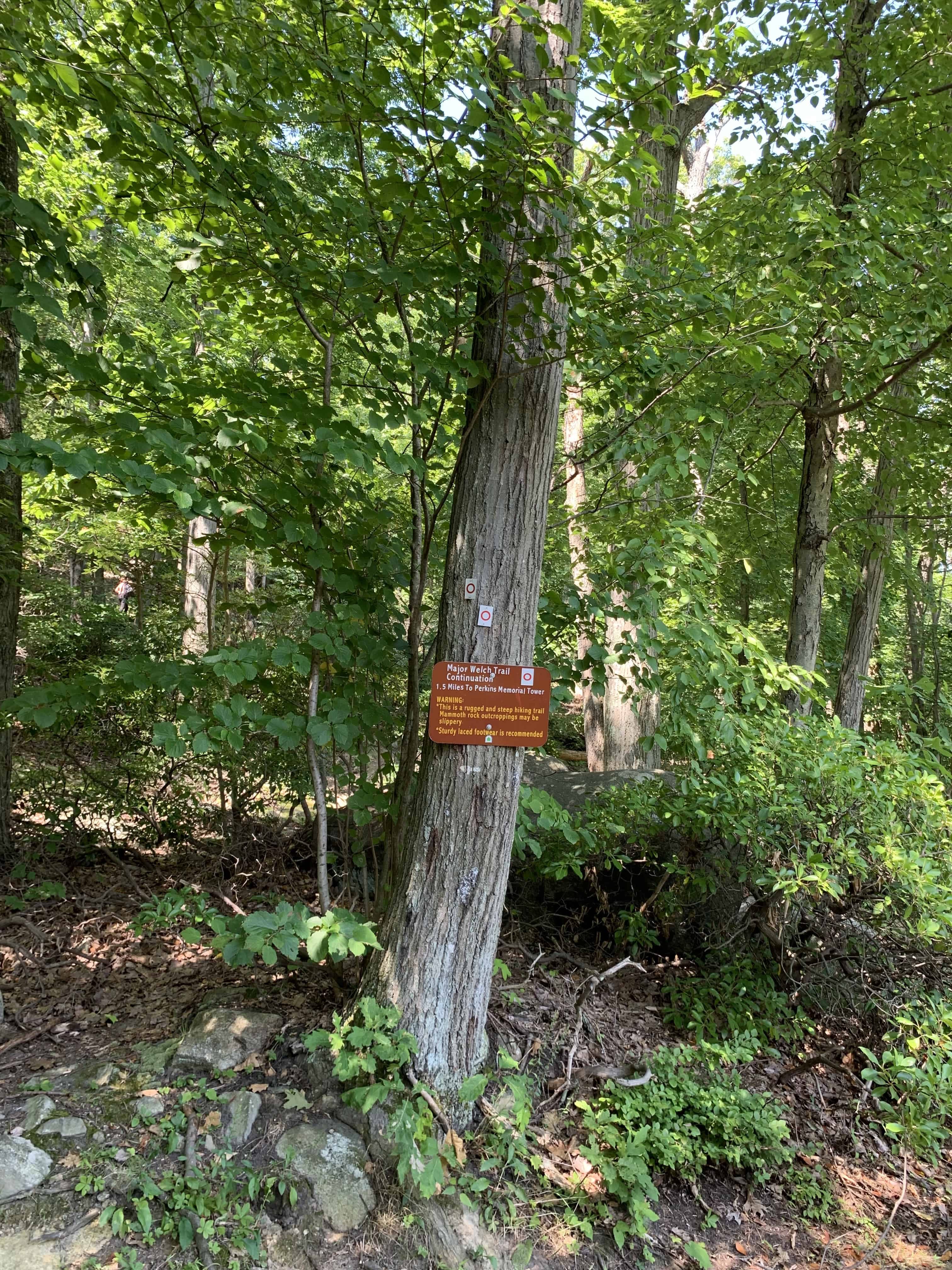 Alexa was the bravest three year old on the mountain. She took a small spill in the beginning (stumbled over a root) and we thought the trip would be over before it even began. But she bravely continued on with us and once we started the rock scramble portion, she clambered up like a little monkey. 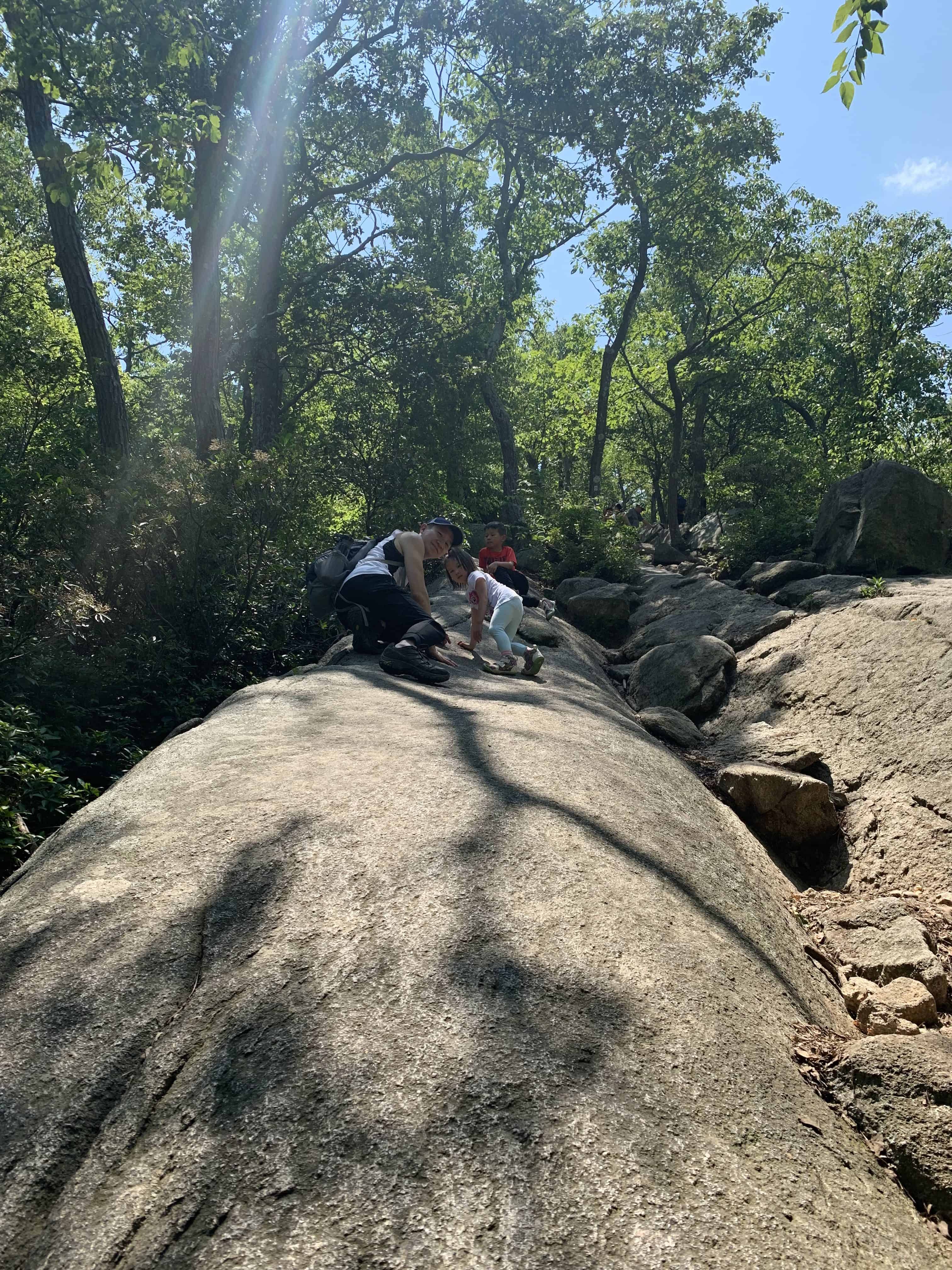 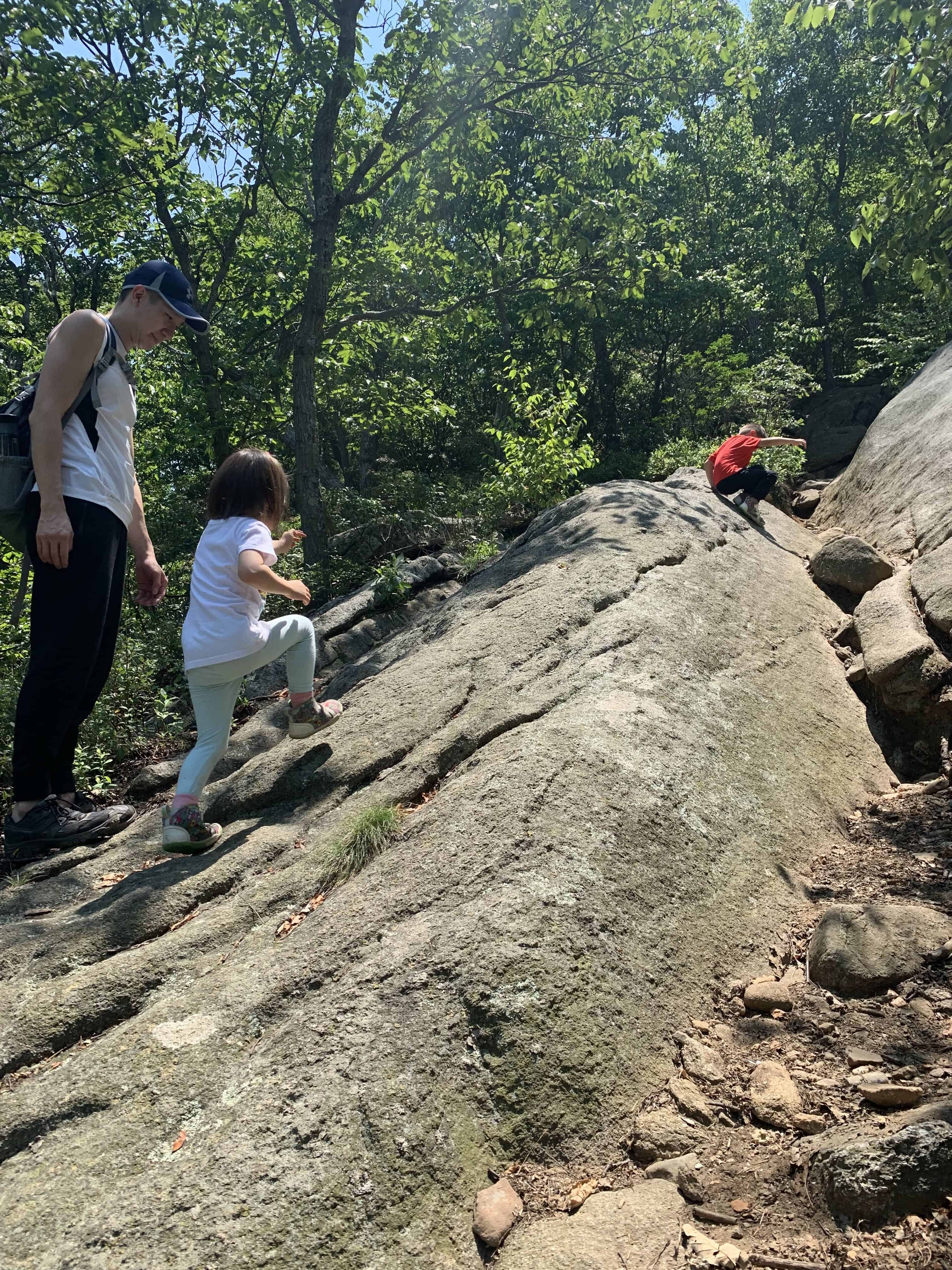 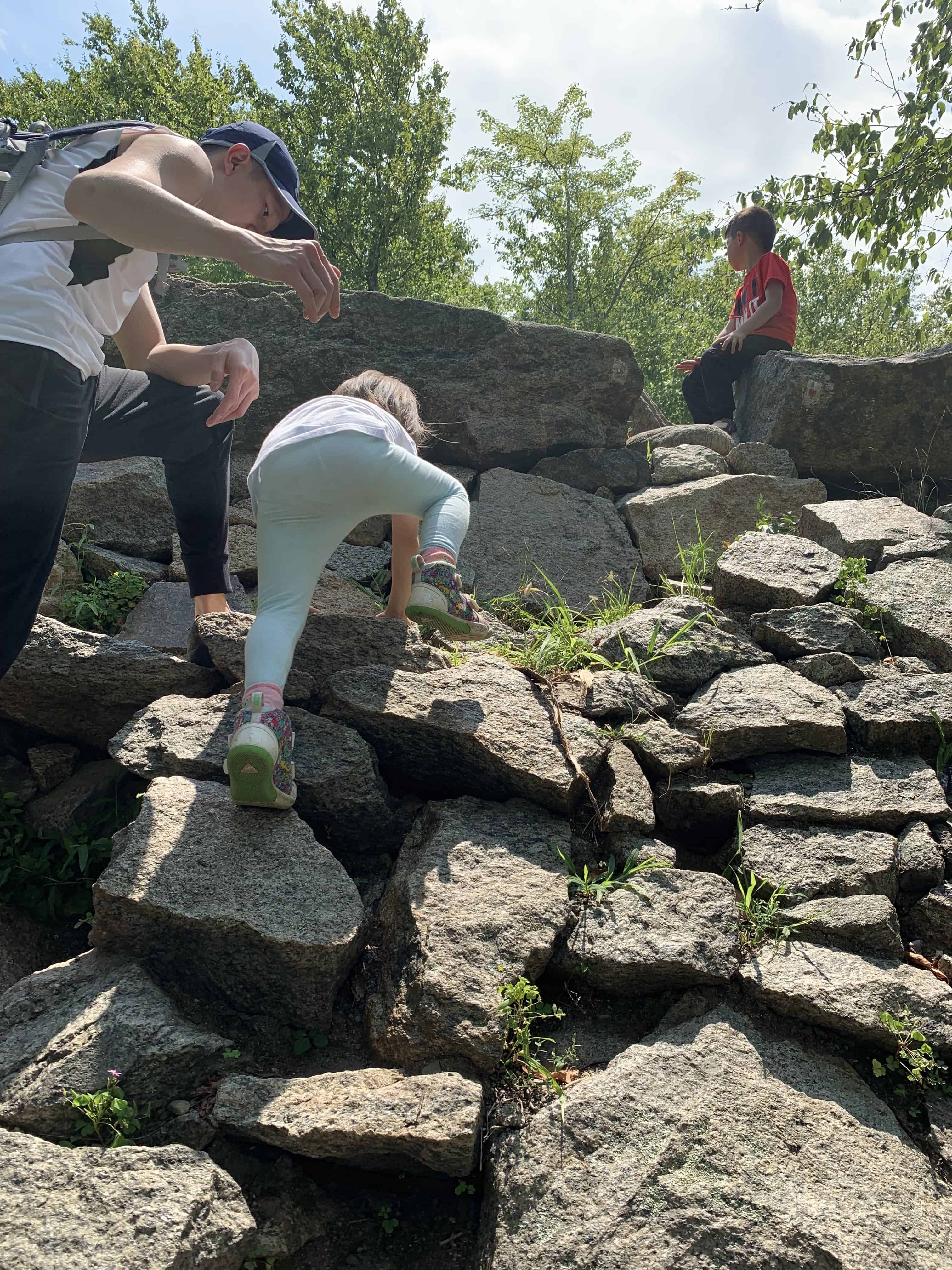 Max, however, ended up being the best climber out of all of us. He kept scrambling ahead, leaving us in the dust and then waiting for his old, out-of-shape parents to catch up. 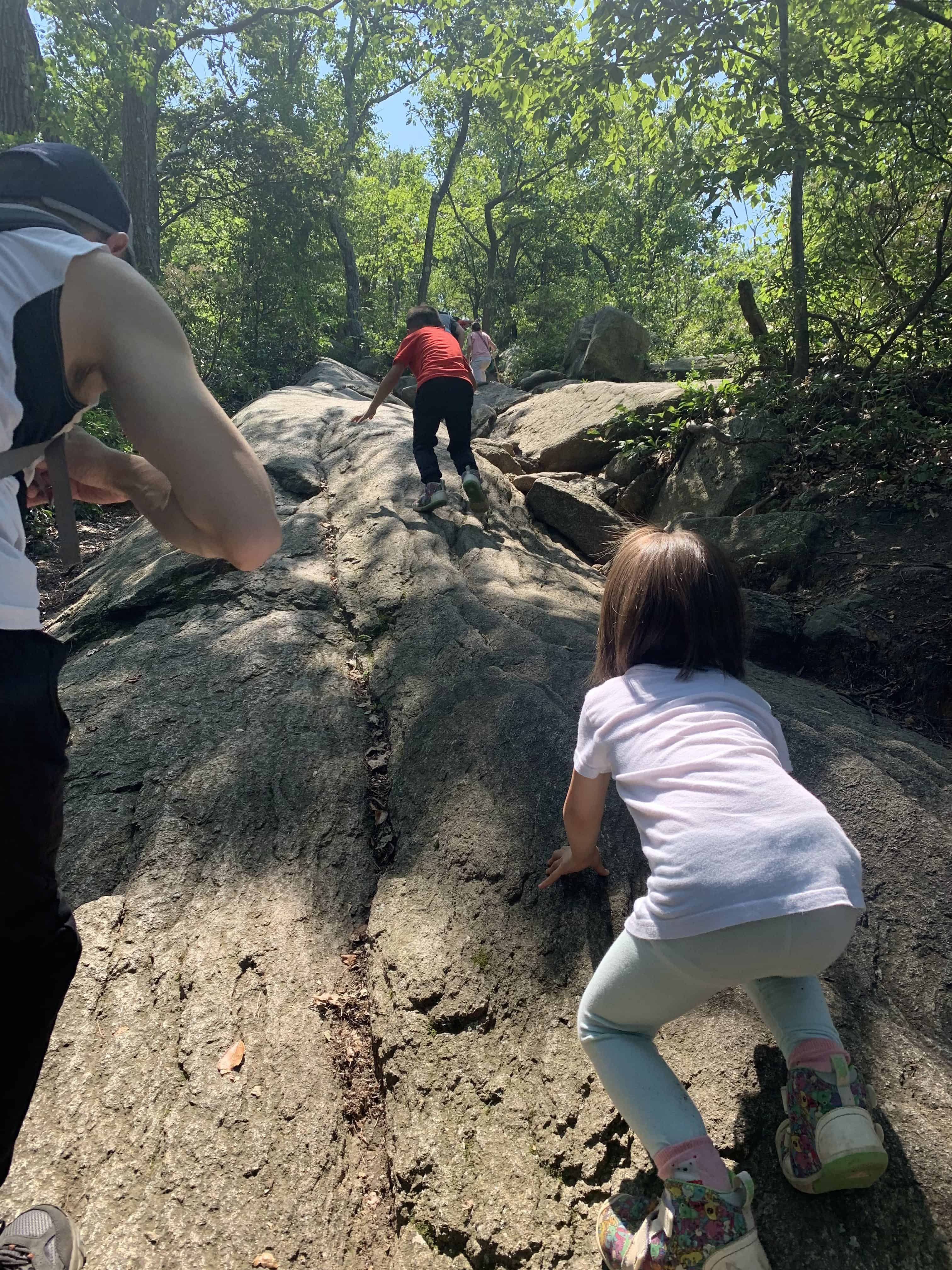 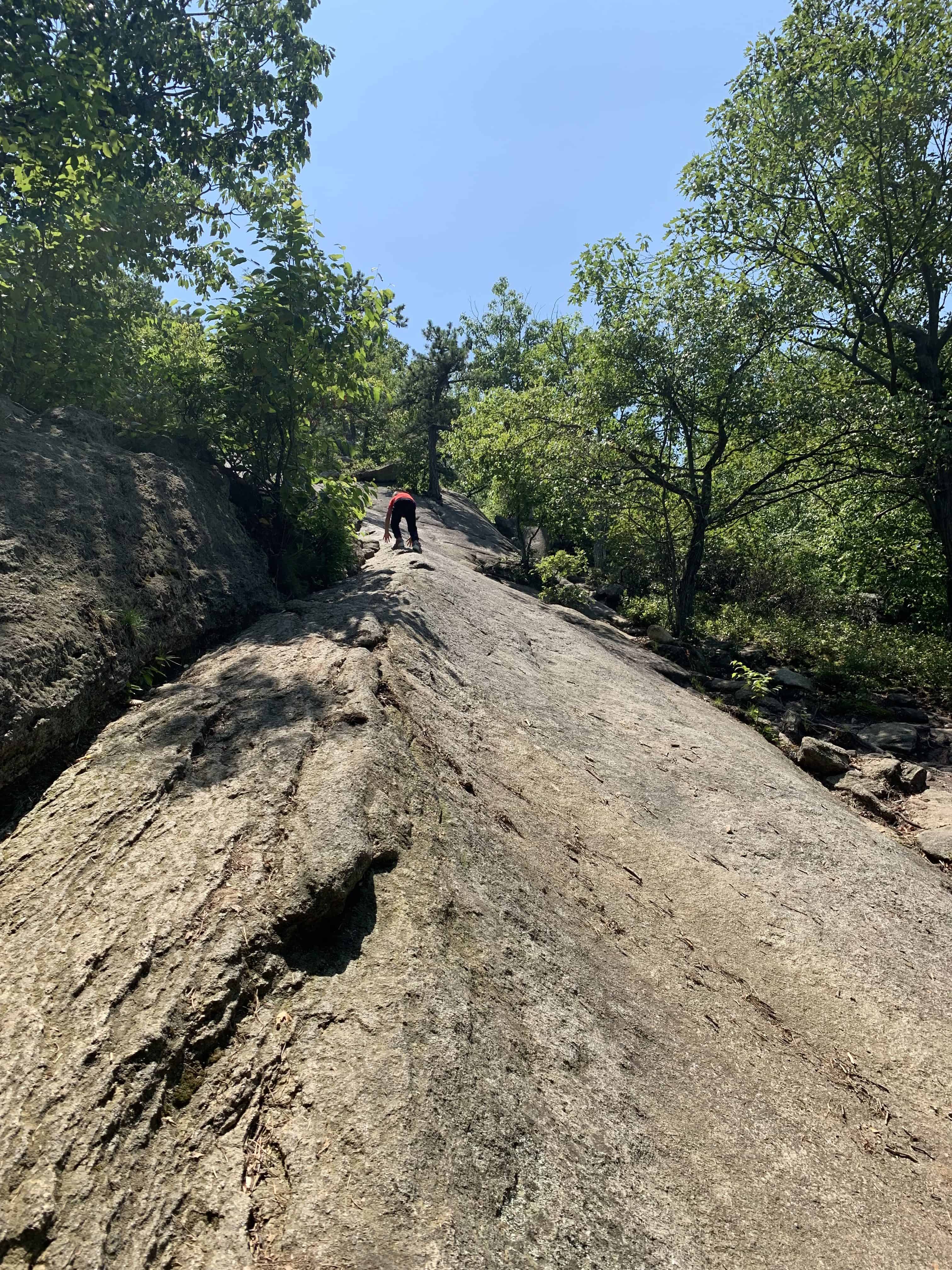 Along the way up, we were able to enjoy a lot of scenic views. Alexa kept looking back and saying, “Look at the big scenery!” 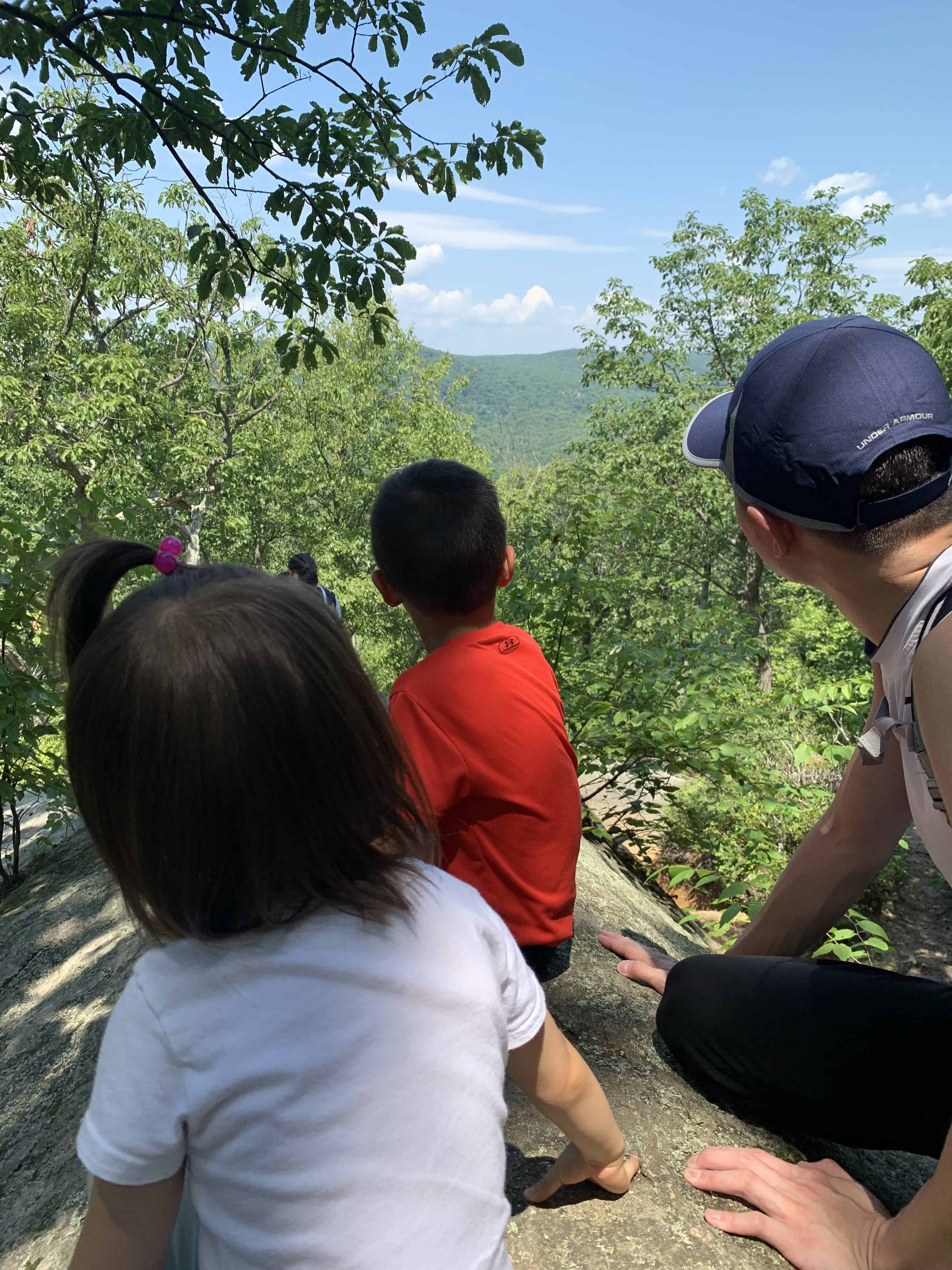 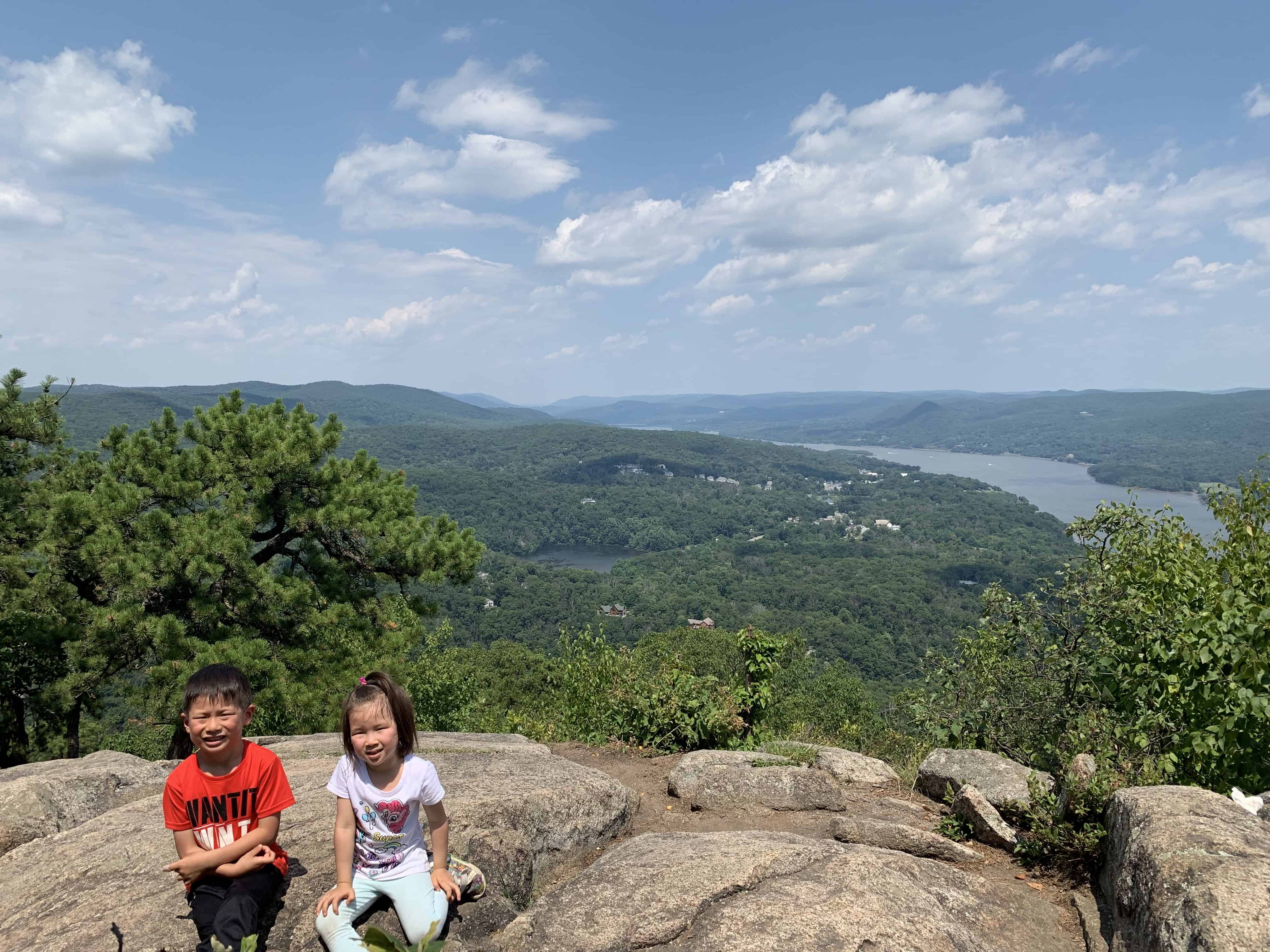 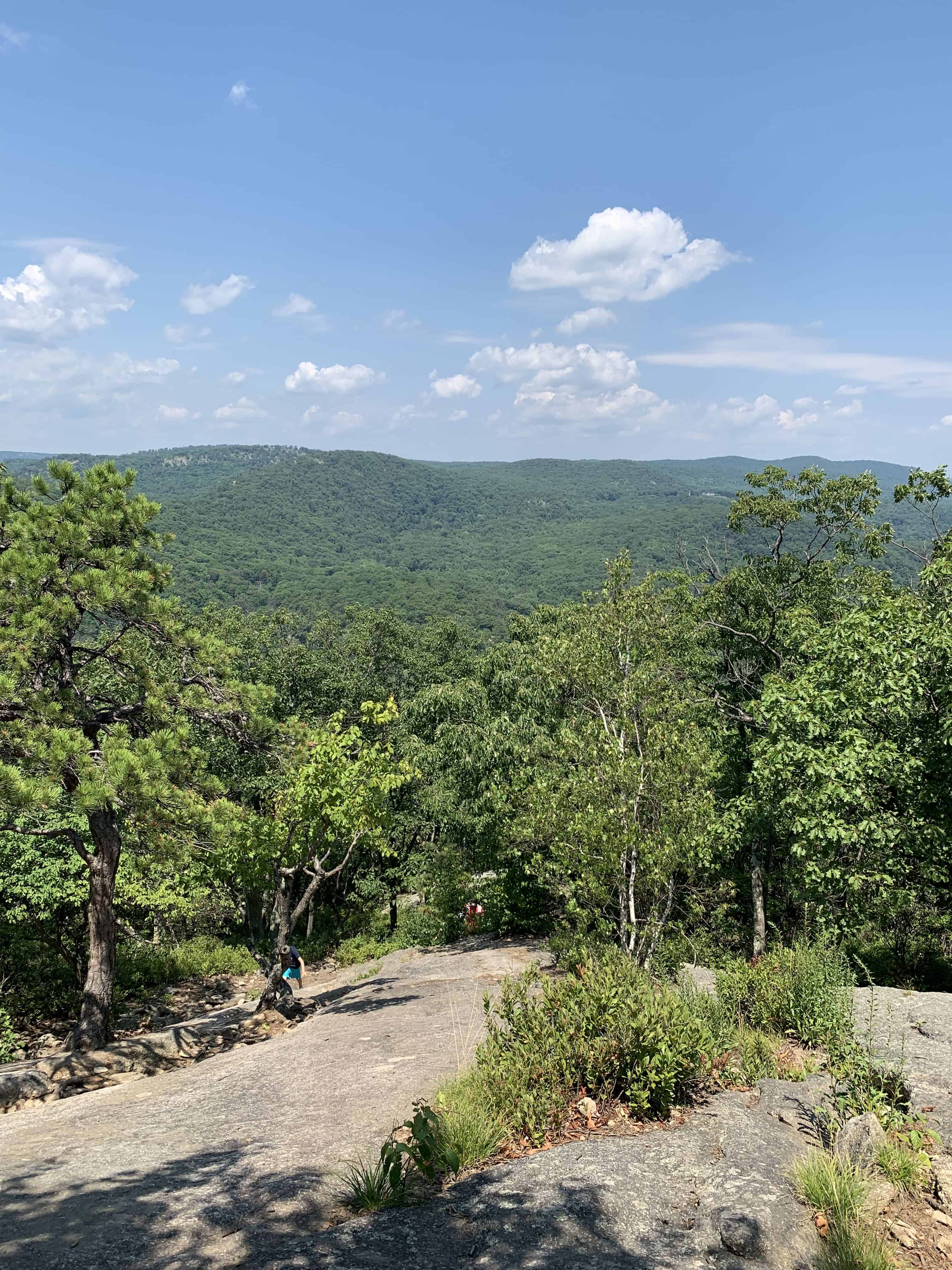 Both kids had a blast and we made it up to the top in a little over three hours. We made sure to drink a ton of fluids and made many snack pit stops. When we reached Perkins Memorial Tower, they insisted on climbing up to the lookout point. I had no desire to go up the tower and I really don’t know where they get their energy from! 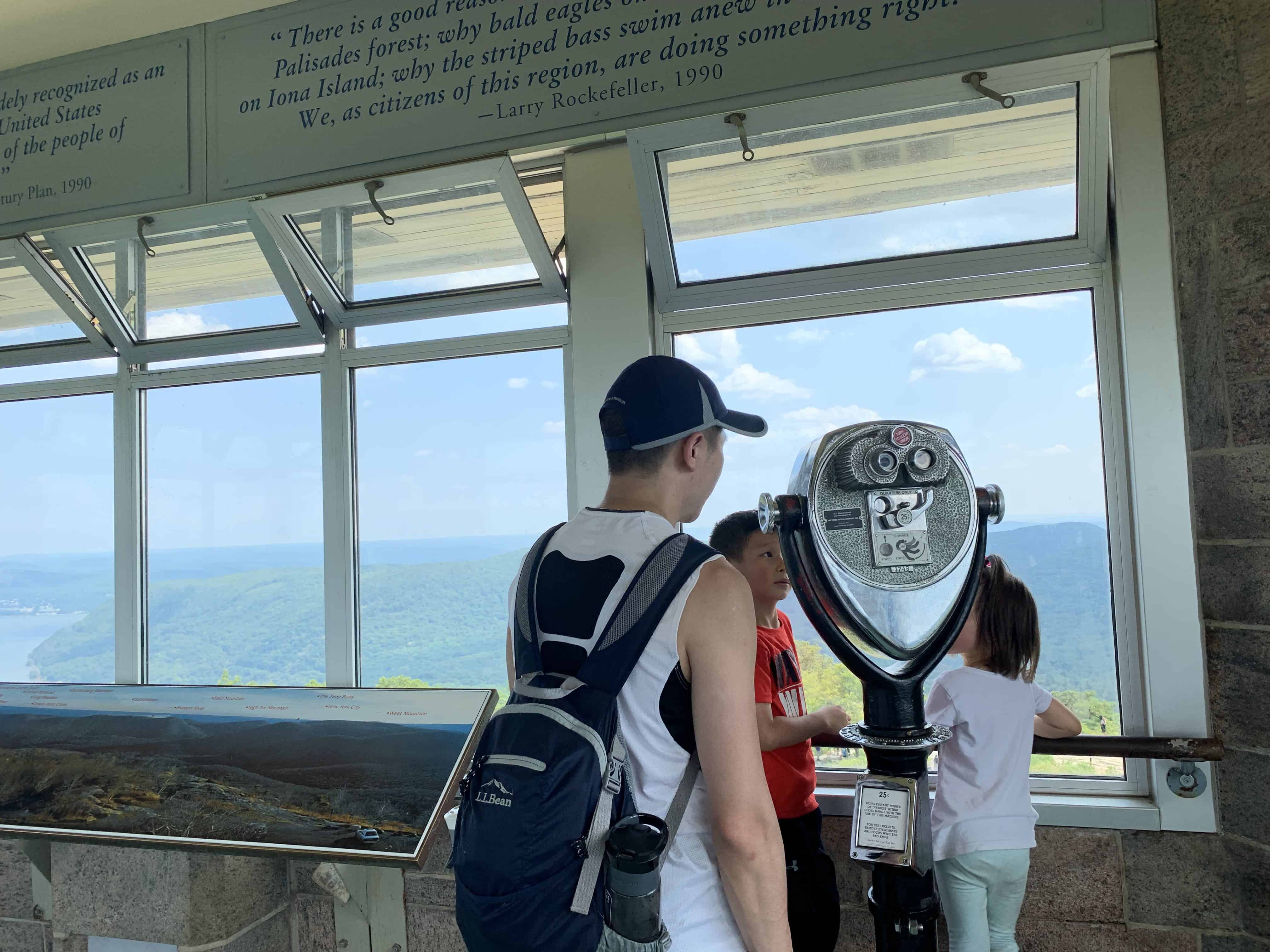 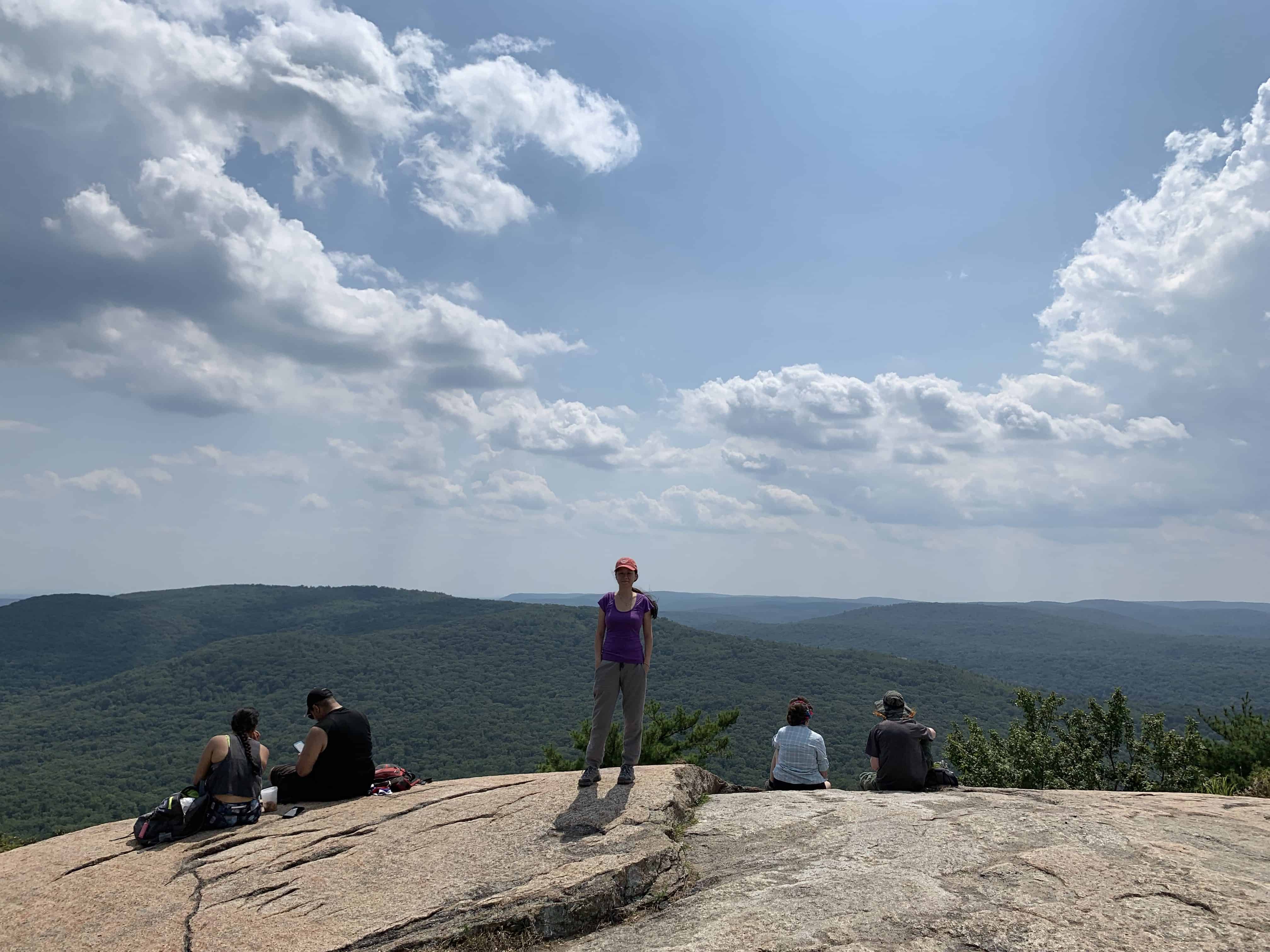 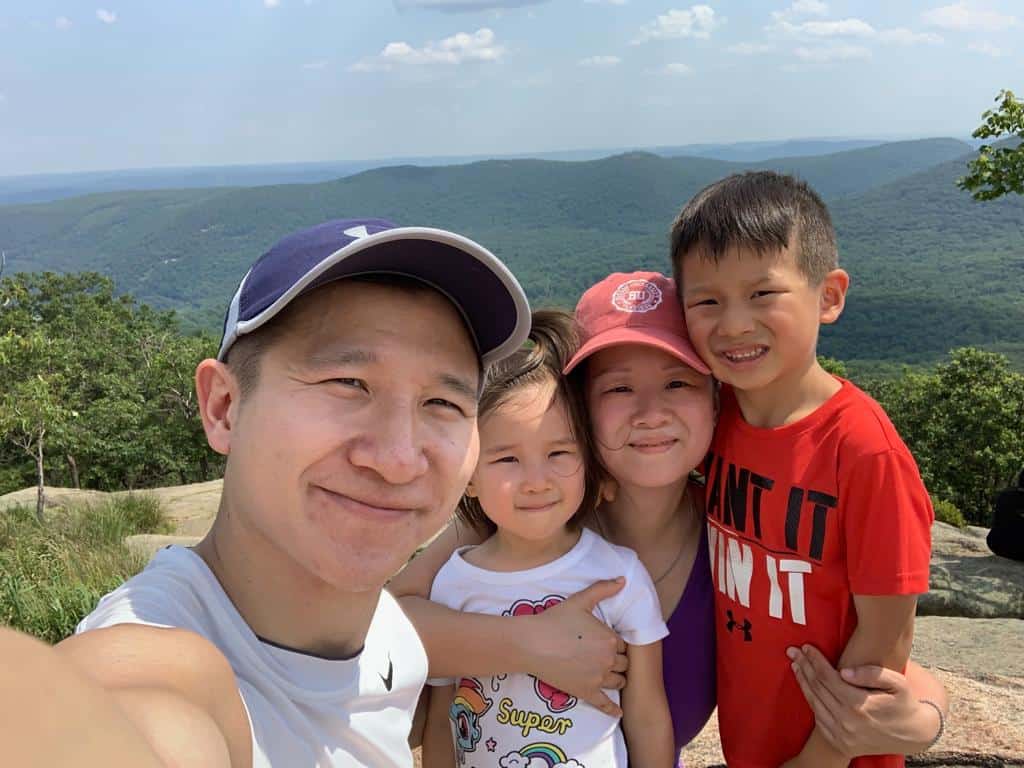 Coming down is where things went wrong. We ended up following the wrong trail. We hiked down for about 2 hours before we finally realized we had gotten lost in the mountains.

Here are some pictures of the hike down while we were still enjoying ourselves: 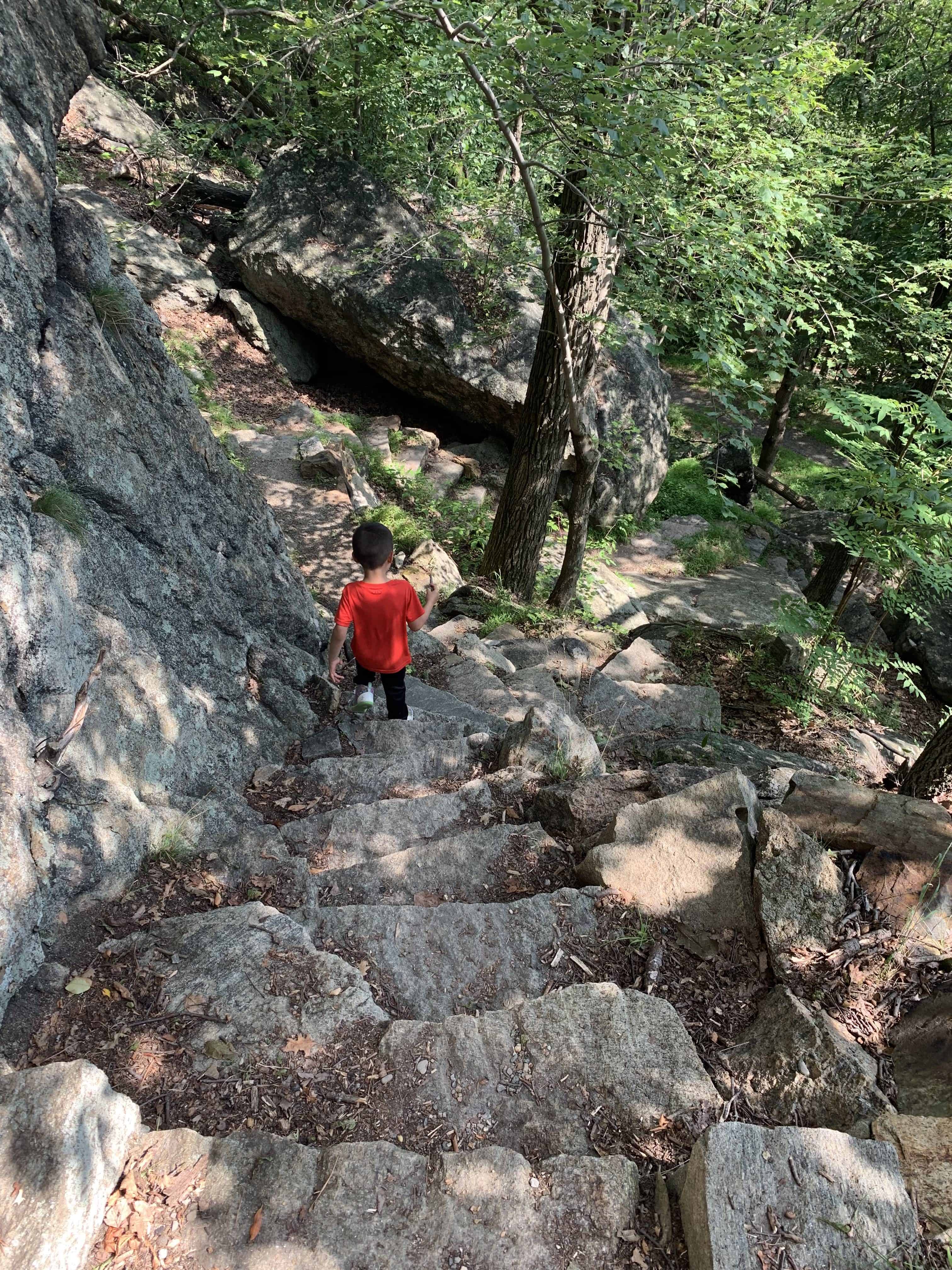 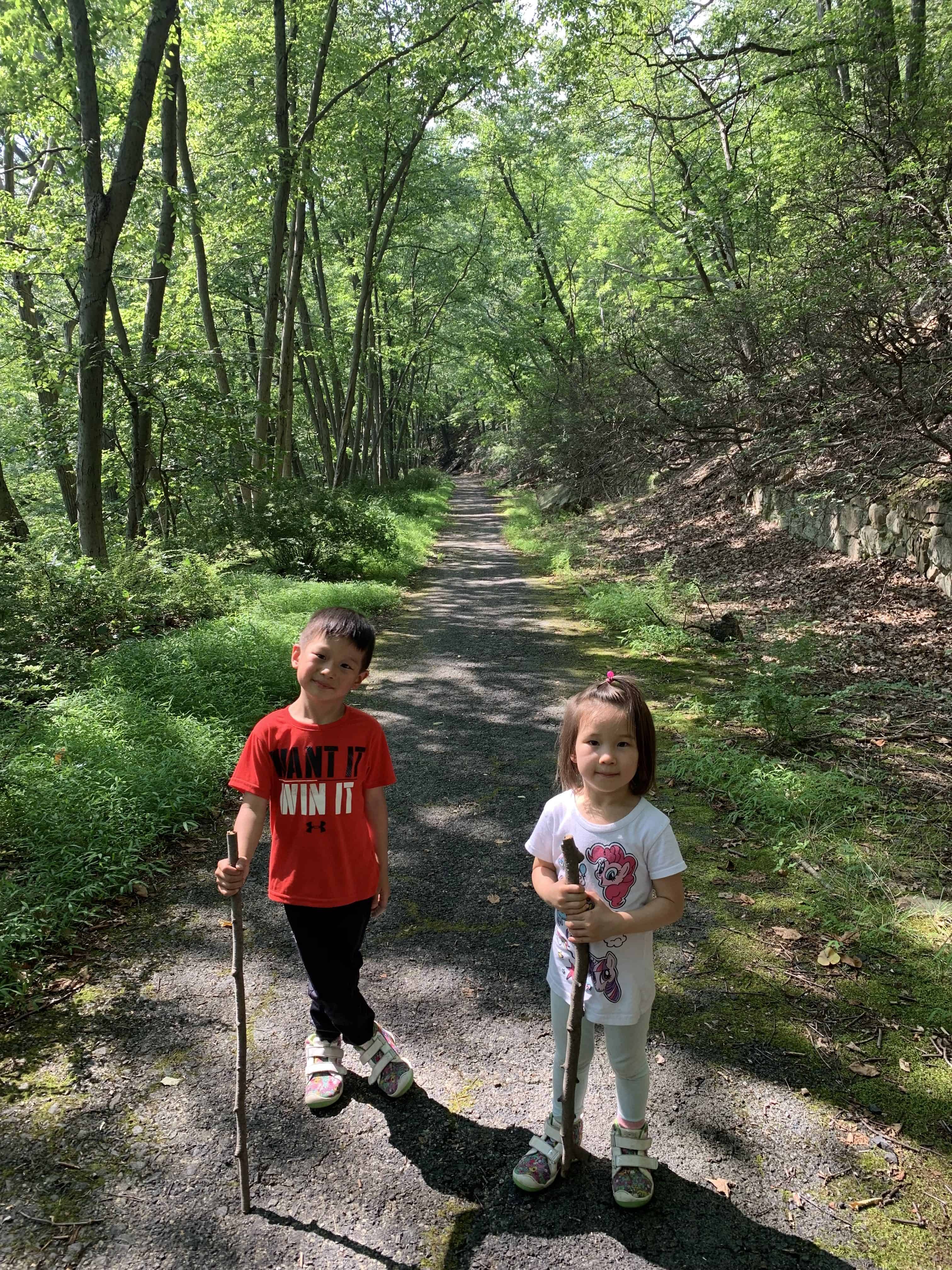 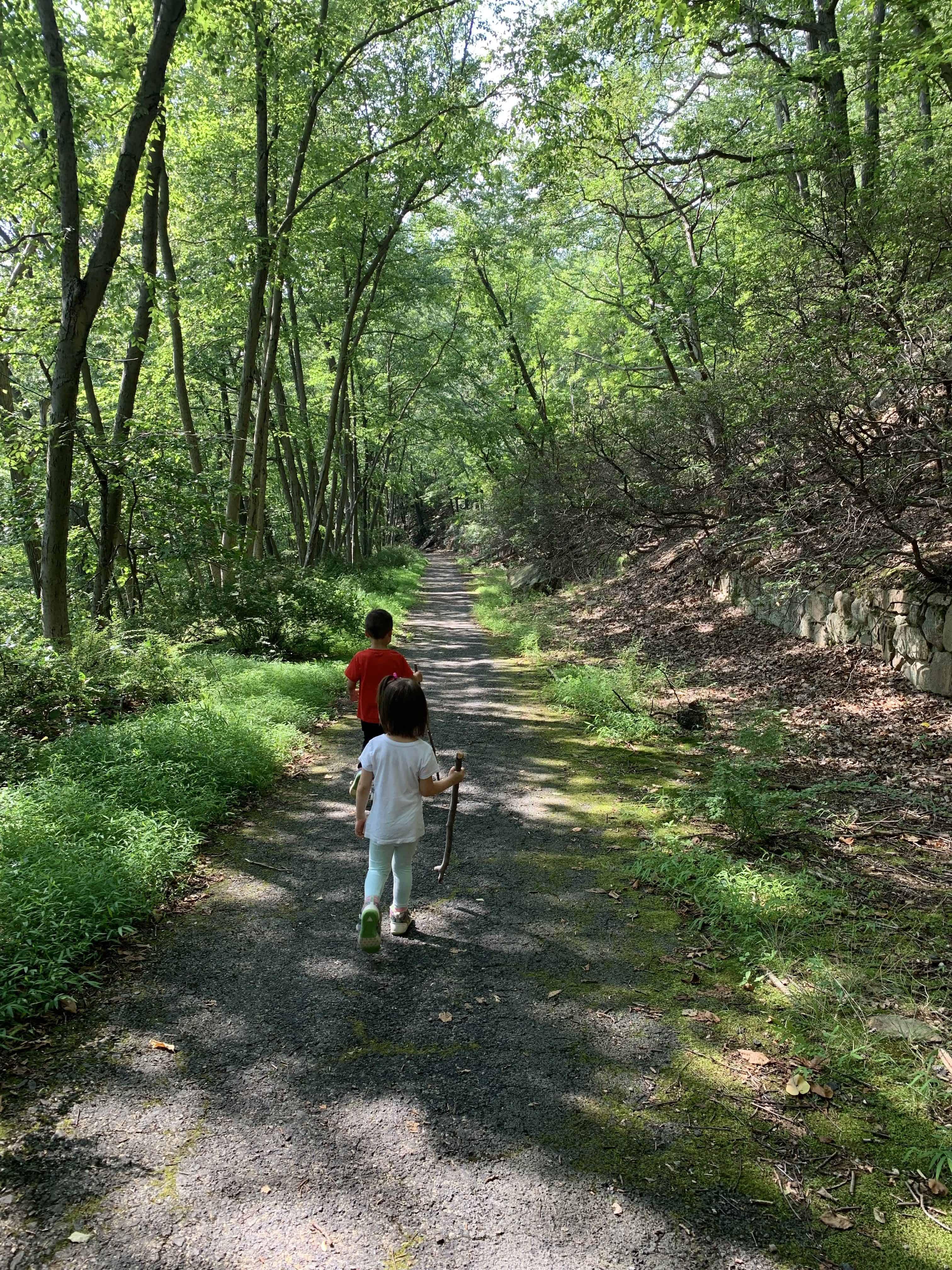 There was definitely a moment of panic with not a soul around and the sun starting to set. Max ended up hiking with us for seven hours and not once did he whine or complain!!! Alexa hiked five hours. My husband wore her at the beginning of our descent for a short break and then at the end when we had to double time it back out of the woods onto the main road. Poor girl finally passed out then for a well earned nap.

Both kids had so much stamina and were so resilient. I have honestly never been prouder. I cried when we finally got back because I was so overwhelmed by relief and gratitude that our family was safe and by guilt that we had asked so much of our kids.

Most important lesson we learned this trip: A trail can go in two different directions. We were supposed to follow the Appalachian Trail back to the starting point but went down going in the other direction!!

In conclusion, would we go back? Yes. Even on the car ride home Max said he loved climbing up the rocks. Alexa said she had fun (maybe not as ecstatic as her brother but unfortunately she’s stuck with us.) Going up we had a great time and, if we went down the right way, it would have been a challenging but fun experience.

Oh, and lesson number two: As I was panting and sweating my way up, I realized that my husband and I need to get into shape because we can’t keep up with Max anymore. I’m sure that by the time Alexa is five both of them will leave us in the dust!

Finally, there is a silver lining to everything. If we hadn’t gotten lost, we wouldn’t have our best family picture from this trip. (Since we went down the unbeaten path – should have KNOWN something was amiss then – we were at a beautiful and secluded lookout point with only one hiker who happened to pass by and offer to take a picture.) 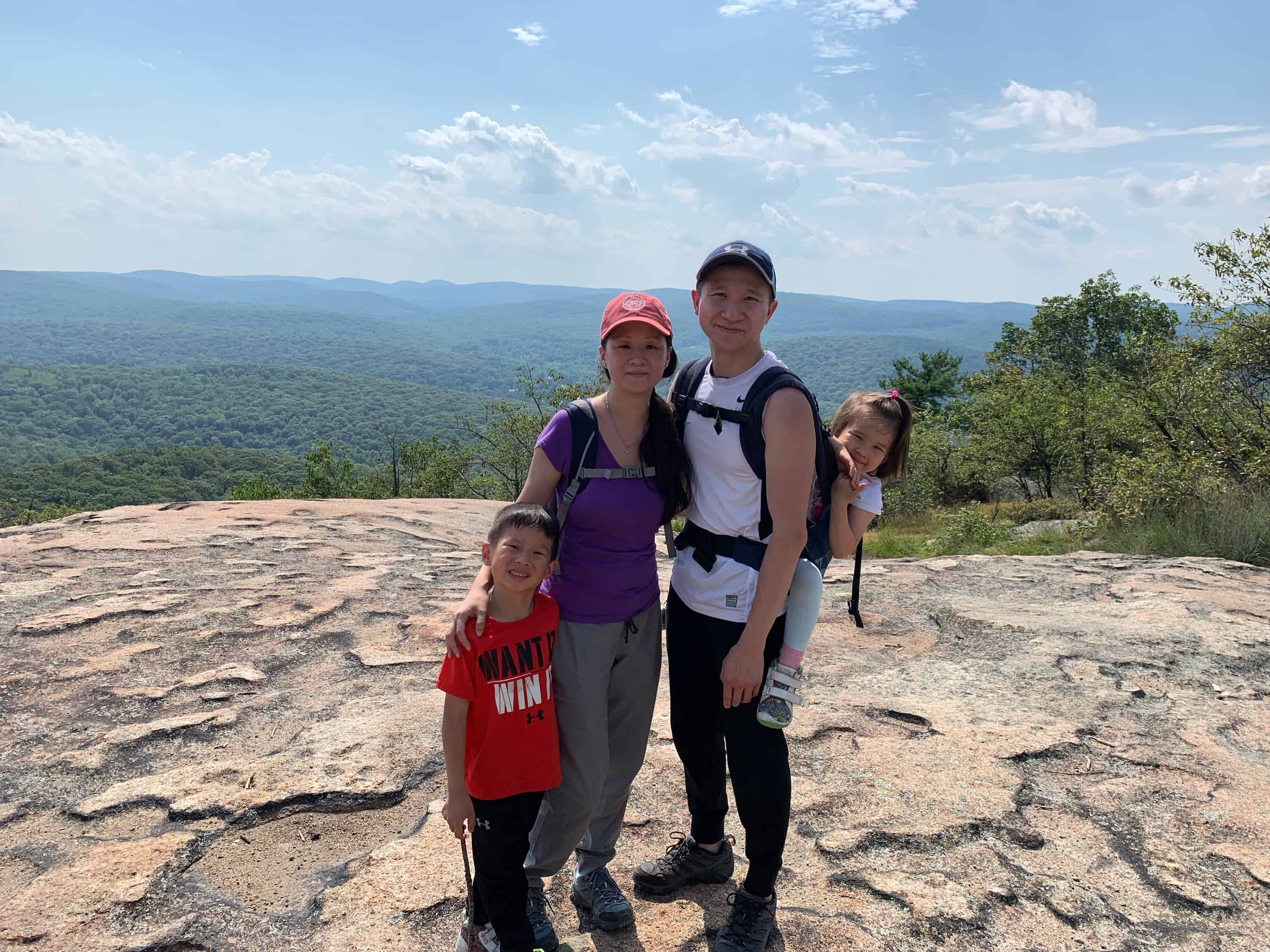 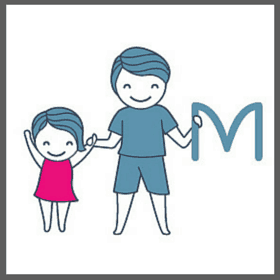 The Pediatrician Visit from Hell

My Gift to Max & Alexa